Editor’s note: This commentary is by John de Bruin, founder and director of 802VT Alliance. He is a resident of Mt. Tabor.

We have all seen it on TV, heard it on the radio, maybe you have even participated in a citizen protest rally or two of some kind yourself — American citizens have been granted the right to assemble and to let their voices be heard. The First Amendment of our Constitution gives us the authority of free speech as well as the privilege to use it anywhere at any time.

Lately it seems the radicalized left has decided to push back against our First Amendment right and violently oppose free speech. They fight on any subject or anything they don’t agree with. The unfortunate part of this whole scenario is that some of these left wing radicals also happen to be elected officials. One recent example of this was Vermont Rep. Maxine Grad, D-Moretown, who during public testimony concerning S.169 (gun purchase waiting period), stifled free speech by demanding that people stop waving small American flags. The House of Representatives also tried to silence free speech in the chamber by attempting to pass a law forbidding Vermonters from “outbursts” during a public session. They attempt to stifle free speech by holding “closed door sessions,” or by hiding important issues deep inside another, unrelated bill, such as placing language restricting hunting in a bill protecting wildlife. 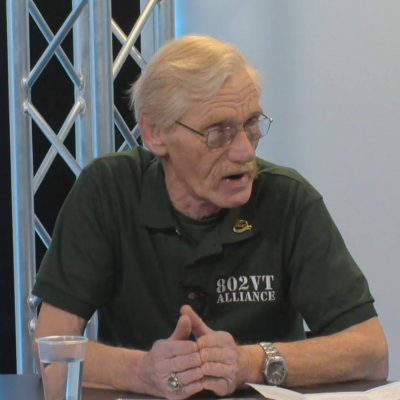 Think about where that leaves the majority of center- and right-leaning citizens. Do elected officials seriously believe they have the authority to silence the majority? Any group wishing to assemble at the Statehouse must jump through hoops in order to be given a permit to assemble on property the taxpayers pay for. If your group is considered a “public nuisance” in their eyes, your protest will not be allowed. That’s a violation of our First Amendment rights.

Let’s jump back to the dark days of 2018, when Gov. Phil Scott demanded that the legislators put gun bills on his desk because he felt “concerned.” His concern stemmed from a foiled single person incident at Fair Haven High School. He was bound and determined to make the people of Vermont pay the price for the actions of one person.

Protest after protest formed in every corner of the state, as thousands of people rallied against the proposed gun bills. Dozens of videos were posted, and dozens of pro-gun articles published. Ultimately, legislators and the governor chose to ignore the wishes of the majority and pass three of the first-ever gun laws in Vermont. They chose to restrict citizen rights instead of protecting citizens — the exact opposite of what the people demanded.

Apparently 2018 set a precedent for things to come. There have been many public protests concerning various bills presented for debate during the 2019 session, and many more expected for the 2020 session. There have been bills such as total abortion rights up to full term, carbon taxes, more anti-gun restrictions on law abiding citizens, and adding more business restrictions with additional Act 250 regulations. All these bills have something in common — they have been protested by the general population of Vermont, yet supported by progressives.

At this point I just smile when I hear of a group organizing a protest somewhere in this state. I would never try to discourage them in any way, but the reality of their efforts escapes them. Granted, Vermonters have always exercised their free speech. During a public gathering they display signs, voice their concerns, write a thousand letters, swamp the switchboard with phone calls and send hundreds of e-mails — but the reality of it is that the efforts will be in vain, since lawmakers have already made up their minds on the bills they are seeking to pass.

So how much effect does protesting really have? Simply put, very little to none at all. It seems to me that not a single effort by the citizenry of Vermont has made enough of an impact to sway legislators from their destructive agenda. No amount of argument has been successful, and it never will be, as long as liberals and progressives are in power. Legislators sit for hours while listening to testimony, not because they want to but because they have to, according to law. They are unmoved by facts and will vote to go forward to pass dangerous bills into law. What Vermonters want is irrelevant to them.

At the end of the day, does protesting have any effect on what the dome-dwellers do in Montpelier? You can protest until you drop to your knees, you can talk until you are blue in the face, and you can hold up signs on the Statehouse steps for months. When your arguments fall on deaf ears, you have lost the battle; when a left-wing bill becomes law, you have lost the war.

Does protesting do any good? The answer is a big, fat no. I would never discourage people from protesting against dangerous bills, but I base my opinion solely on what I have seen and experienced. Bottom line: we talk, and they choose not to listen.

The only solution is to let your voice be heard at the voting booth. Vote out the enemies of free speech. Vote out the violators of the Constitution. Vote out those who violate their oath of office. Vote for conservative, Republican or Libertarian legislation, where values are important, fiscal responsibility is encouraged, and smaller government intervention is applauded.

8 thoughts on “John de Bruin: Citizen protest and the effect on Vermont lawmakers”