This commentary is by Christina Nolan, former U.S. attorney for Vermont.

What we should not do is rush to an extreme “solution” in search of a problem that never existed. And that is exactly what Article 22 would do by changing the Vermont Constitution so that Vermonters could never again vote to regulate late-term abortion. 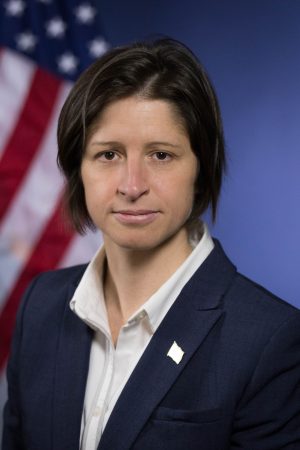 Christina Nolan, former U.S. Attorney for the District of Vermont

To be very clear, Roe does not need to be “codified” in Vermont; abortion is legal here in Vermont and always will be. But Article 22 is not Roe; on the contrary, it is so extreme that it would contravene the very Roe decision it purports to protect.

Roe said that the people of each state should retain the option to regulate abortion in the late stages of pregnancy. And for obvious reason: Whatever your view on when life begins — and people of good faith can disagree — when you get to seven, eight, or nine months of pregnancy, we can all agree that you are, at minimum, risking the taking of a young and innocent life, a risk society cannot tolerate absent a medical emergency threatening the mother’s life.

This is not a political question. The science, which we must follow on issues such as, for example, fetal pain, tells us so. Roe v. Wade tells us so. We should do as Roe instructs. This means Congress doing its job and making Roe v. Wade law across the country.

What we should not do is pass a reactionary constitutional amendment that is contrary to Roe insofar as, in practice, it may require abortion in Vermont up to the point of delivery, for any reason — and forever.

I say “may require” because some proponents argue that the language of the amendment is broad enough to “potentially” allow restrictions on late-term abortion. No one knows, and it will be up to judges. Especially on an issue of this magnitude, we can, we must, do better than “may” and “potentially.”

Vermont Legislature: Redraft the amendment to expressly state that Vermonters retain the right to restrict late-term abortion, as Roe contemplated, and we will have a very different conversation.

There is another facet to this problem: Those who are taking extreme positions in the other direction — for example, those calling for a nationwide abortion ban at all stages of pregnancy with no exceptions for life of the mother, rape and incest — are terrifying people, women especially, and, in a very real way fueling the unfounded sense of need to pass this Vermont constitutional amendment.

This extremism is deeply disturbing and must be roundly rejected by people of all political parties. It undermines those who sensibly seek to restore early-term abortion rights nationwide, while also opposing conscience-shocking elective late-term abortion that Article 22 would forever require.

There is hardly an issue more difficult than abortion. Women have yet to achieve real equality in so many areas of life, and so many watched in fear and utter disbelief as their well-established reproductive rights were suddenly stripped away overnight.

On the other hand, there is without question an overarching societal interest in protecting the very youngest of lives. Let’s treat each other well, listen to one another, and come together to find common ground and common-sense solutions on this and other difficult issues.

Images courtesy of Public domain and U.S. Department of Justice