Editor’s note: This commentary is by Chris Bradley, who is president of the Vermont Federation of Sportsmen’s Clubs.

As I understand it, the suggested need for a waiting period is as a way to help reduce impulsive acts done with firearms, specifically suicides or murders, with this being referred to as “reducing access to lethal means.”

Regarding suicide by firearm, according to the Vermont Department of Mental Health, in 2016 there were 1,141 suicide attempts. Of those, 1,070, or 94 percent, were attempts using something other than a firearm. For those suicides where a firearm was used, the vast majority were done with a firearm that was already owned. 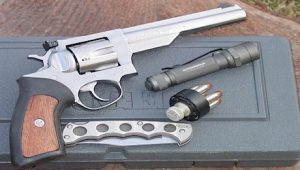 Chris Bradley: since waiting periods will not address 94 percent of overall suicide attempts, and will not address when lethal means are already owned, it seems clear we need a solution that is better focused on the overall problem.

It is actually a pretty rare event when a person will go to a store, buy a firearm and then kill themselves with it.

Regarding the impulsive use of a firearm for murder, this is not a common event in Vermont, either. Per the FBI, Vermont is consistently the first or second safest state in the nation when it comes to violent crime. Impulsively buying a firearm for immediate nefarious purposes is also a pretty rare event.

A waiting period will be ineffective for the simple reason that people plan. When someone decides to hop in their car, go to a store, fake any distress, buy a firearm and then go home and kill themselves with it, that’s a plan. No matter what time limit is imposed, if someone is determined they will simply plan around a waiting period.

There are other problems with a waiting period.

To begin, what is the balance between the concept of a waiting period and the unalienable right of self defense? According to the Judiciary Annual Statistical Report, there were 3,380 relief from abuse (RFA) filings in 2018, an increase of 8 percent over 2017. Temporary restraining orders were granted for 2,636 cases. Final orders were granted for 1,589. There can be no question that there are Vermonters who are in fear of violence, as it is clear there are thousands. Likewise there should be no question that Vermonters have a right to self defense.

How tragic will it be when a known victim is killed by a known aggressor while the victim was in a waiting period? These stories exist now, just not in Vermont.

What of the situation where the purchaser already owns a firearm? There were 41,000 firearm transfers in Vermont for 2018, one of which we now hope was preventable. If the intent of a waiting period is to reduce access to lethal means, what is accomplished when a Vermonter already owns lethal means?

Establishing a waiting period will put Vermonters at risk who are under the threat of violence by denying them the ability to defend themselves in a timely manner; it will inconvenience tens of thousands of Vermonters annually in lost time and money to make a redundant trip; and it will financially hurt sporting organizations, businesses, and towns that host sportsman’s shows, banquets and auctions. It also invites yet another court challenge.

The benefits of a Waiting Period are questionable — the negatives are real.

I respectfully ask the Legislature to vote down any Waiting Period on possessing a firearm.

12 thoughts on “Chris Bradley: Waiting periods for gun purchases will not work”