The chair of the Senate Energy Committee who put forth a weatherization proposal estimated at $1.3 billion says the governor’s plan to invest $25 million is a good start — but not good enough.

“The two years with an extra 20 percent is a good start in the right direction, but it’s still going to leave us with a very long waiting list — so we know we need to do more than that,” Sen. Chris Bray, D-Addison, told True North this week in an interview.

For Bray, the move towards weatherization means saving Vermonters money on their home heating. It also means a move towards green policies. These include renewable energy and the electrification of activities that would otherwise be powered by fuel or gas. 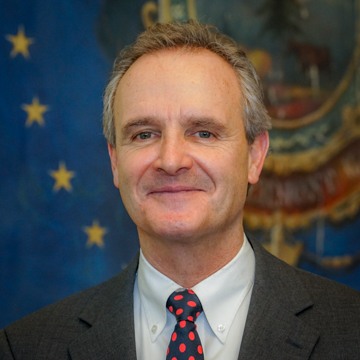 “We’re electrifying the load, and the attraction there is that you can generate renewable electricity,” he said. “It makes it a genuine story when you say, OK, we’re going to look for opportunities for beneficial electrification — things we were burning fossil fuels for to meet our needs, particularly heating and driving around. Now, if we can use clean renewable energy to do that work for ourselves, how do we get there?”

Public assistance for home heating comes through the state’s Low-Income Weatherization Program, which works with Capstone to help seal up Vermont homes. Capstone, which is led by Executive Director Sue Minter, is focused on “advancing justice in social, economic and environmental policy,” according to its website.

Gov. Phil Scott’s plan is aimed at boosting weatherization for homes of low-income Vermonters, especially households that deal with heating bills as a large percentage of their overall budget. About $16 million of the $25 million allotted in the governor’s plan will go to the the Vermont Housing Finance Agency (VHFA) for supporting home owners and renters with high energy burdens. Scott also claims the investment can be leveraged into an additional $68 million through other projects.

The existing weatherization program operates in the range of about $11 million per year. Bray said middle-income earners can’t get state assistance and lack the income necessary to do it themselves. The senator’s plan aims to weatherize 120,000 homes in the next 10 years at a cost of $1.3 billion in taxpayer funds.

Bray told True North the money would come from multiple sources. He also notes the anticipated savings in energy costs should be accounted for — namely, he argues, lower heating bills for homeowners will help the program pay for itself in time. Capstone calculated that Vermonters who use their program save more than 30 percent in heating costs.

According to Bray, Vermonters who invest their own time and money in weatherization account for several million dollars each years. When combined with state-based weatherization programs, annual weatherization spending is currently more than $18 million.

“The goal is to drive that in the neighborhood of $100 million a year,” Bray said, adding that he thinks his program will also lead to job creation.

“Some carpenters are doing it, but it’s mostly people who are like specialists or builders and have to have training for it. It’s things like careful weather stripping and feeling for and removing drafts,” he said. “Insulating also is another low-hanging fruit of the program,” he said.

Rep. Richard Westman, R-Cambridge, vice-chair of the Senate Committee on Natural Resources and Energy, told True North that when it comes to any weatherization efforts, the type of work that is performed should be guided by the homeowner.

“I don’t think it’s an issue of us telling those people that are in those situations what’s best for them,” he said. “I think it’s way better to work with them and figure out what best fits a family’s needs, and help them become more efficient and put them in a better place economically.

“I think that will serve us all better and them better for the long term to help get them to where they are economically in a better place.”

Westman said he could not comment specifically on the cost of Bray’s proposals because it is only an estimate at this early stage.

He added that when it comes to helping families, lawmakers need to keep a broad view of solutions.

Images courtesy of Public domain and State of Vermont