The carbon tax hasn’t gained significant traction in the climate-conscious state of Vermont, but environmental activists have new approaches that could see progress in 2019. 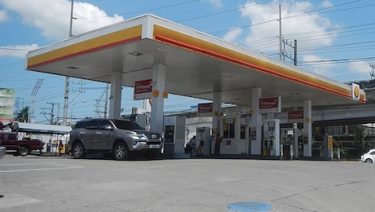 NOT A TAX?: Environmentalists are thinking up more creative schemes to mitigate carbon without calling it a tax.

Last year, lawmakers were under pressure to adopt the Essex Plan, under which fuel distributors would pay an excise tax of 32 cents per gallon for gasoline, 40 cents for diesel and heating oil, and 24 cents for propane and natural gas. It never gained serious traction in the Statehouse despite a strong liberal majority in both chambers.

One of the new proposals being advanced is not a direct tax on carbon production at all, but it could nonetheless raise costs of living. This time activists envision a green energy mandate tied to the permitting process for Act 250, the state’s land use law. Act 250 is currently undergoing revisions and the latest draft proposes a green agenda when it comes to energy usage for new developments.

“The climate change subcriterion would require net-zero greenhouse gas emissions from the construction, operation, and maintenance of the development or subdivision and the vehicular traffic that it generates,” reads the Dec. 13 draft report from the Commission on Act 250. “This standard would allow for the use of offsets, such as carbon sequestration in Vermont, if they are verifiable and enforceable.”

It continues that unconventional building methods may be required to achieve these goals.

“The climate change subcriterion also would require the use of design and materials that are sufficient to enable the improvements to be constructed, including buildings, roads, and other infrastructure, to withstand and adapt to the effects of climate change reasonably projected at the time of application.”

State Sen. Dick McCormack, D-Windsor, is a member of the Act 250 Commission, which is tasked with the rewrite. He acknowledged that carbon mitigation is at the forefront of the group’s agenda, and that could mean more cost.

“Every nail you put in is gonna cost more,” he said. “If you really wanna save money you can throw caution to the wind and ignore the environment altogether, and you probably will get some buildings up a little cheaper.”

McCormack emphasized that development is a key factor in carbon emissions.

“Transportation is probably the big issue but construction is not a small thing.” he said. “You construct this in this way or that way and one of which will end up with more carbon in the atmosphere than the other and we want to maximize the carbon reduction.”

James Taylor, a senior fellow for energy and environment for the Heartland Institute, suggested that due to the carbon tax being so unpopular across the nation and the world, alternative approaches to curb carbon output are cropping up.

“Certainly, if you mandate that a building be carbon neutral or something like that, it can have the same impact as forcing usage away from affordable and conventional energy. It could be even more insidious than a carbon tax, if that’s possible.”

He added, however, that even these mandates going to face resistance.

“I think it’s still going to be a difficult sell,” Taylor said. “People understand that imposing these utopian mandates for energy efficiency is gonna come at a steep price.”

Vermonters aren’t planning to let the new Statehouse session begin without reminding lawmakers that many voters are against the carbon tax. On this Wednesday, the first day of the session, there is a “yellow vest” protest planned to imitate the Paris anti-carbon tax movement.

Other carbon regulation schemes in the works include the Transportation Carbon Initiative (TCI), which includes nine states and Washington, D.C. This transportation tax is also currently in the study phase, and Vermont is a participant.

Already implemented since 2017 are the renewable energy portfolio standards. These are green energy mandates for electric utilities, and they incrementally increase non-carbon energy production requirements every several years.