Rep. Timothy Briglin, chair of the House Committee on Energy and Technology, told the House Appropriations Committee on Wednesday that the proposed “clean heat standard” would incentivize carbon-free heating systems and force fuel sellers to pay into a carbon-emissions-based credit system that proponents continue not to call a carbon tax.

The clean heat standard, H.715, will offer financial assistance to Vermonters who choose non-carbon-based heating systems such as cold-climate heat pumps. The program is part of the state’s Climate Action Plan. 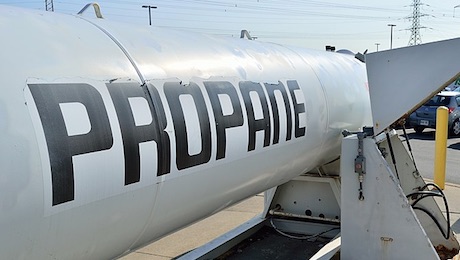 CARBON HEATING GETTING PUSHED OUT?: The Legislature is continuing to push legislation meant to tax and/or promote getting rid of carbon-associated heating systems.

“Basically what it is is a credit system,” he said.

Briglin noted that currently roughly a third of the state’s carbon emissions are attributed to indoor heating. He added that over half of its structures were built before 1975, meaning they are poorly insulated.

He emphasized that this is not a carbon tax, and he doesn’t think having one is a great idea.

“By raising a fuel tax by 5 or 10 cents, whatever, it’s not going to affect how much fuel people buy,” he said.

The plan pushes for the electrification of home and building heating systems.

“Like, to heat your homes and water with heat pumps … those are the types of solutions that we are talking about that would generate credits,” he said.

He suggested that individual fuel buyers are off the hook, but those who sell the fuels will have an added cost.

“If you sell fuel, you in doing that generates an obligation that you have to fulfill by generating a certain number of cleaning credits. And there are a variety of pathways that you can go down to fulfill that obligation.”

He said that the Public Utilities Commission will need to start to work on establishing this credit-exchange system.

“So basically they convert your fuel sales into emission, how much are we trying to reduce emissions, and so you need to generate a certain number of credits to essentially compensate for the amount of fuel that you are selling,” he said.

Making the bill more complicated is that to fulfill a clean energy obligation credit will not necessarily mean that direct action needs to be taken by the fuel seller in terms of mitigating carbon outputs.

“You could simply buy credits on the market to fulfill your obligation,” he said.

Headlines from around the world show that carbon-emitting “fossil fuels” continue to provide the majority of affordable electricity in global markets.

“But when these green forms of energy fall short, it’s fossil fuels to the rescue. In fact, the European Union is the largest importer of natural gas in the world, with almost half (41%) coming from Russia,” Fox News reported on Wednesday.