Editor’s note: This article is by Lou Varricchio, editor of The Sun. It is republished here with permission.

Earlier this year, Middlebury voters approved cannabis (marijuana) retailing in the Addison County shire town. But, so far, fans of the botanical icon haven’t seen much happen, at least in the way of actual storefront businesses opening.

However, town officials are working behind the scenes to make the watershed town-meeting vote a reality. 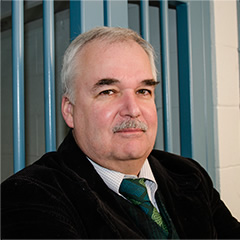 During the 2021 town meeting election, held March 2, Middlebury voters ok’d the operation of cannabis retailers locally. The question remains: where and how will the “weed” be regulated in town?

In a June 28 memo to Middlebury Selectboard members, Police Chief Thomas Hanley, who is also chair of the town’s Public Health and Safety Committee, reported that the first step involved will be creating a Middlebury Cannabis Control Commission. Hanley noted that the commission will be composed of the Selectboard primarily as a means to license cannabis retail operations in town.

“This will be similar to the function of the board with respect to liquor licenses,” Hanley noted.

“The town is limited in this capacity only to ensure compliance with zoning regulations and nuisances, which are yet undefined by ordinance. Cannabis is currently undergoing rulemaking which could have the effect of increasing or decreasing local control. Other than licensing control, violations of statutes, such as sale to underage persons, would result in a referral to the state Cannabis Control Commission as with liquor violation. I don’t see this as being a ‘heavy lift’ for the selectboard, perhaps one a year licensing as with liquor licenses.”

Last year, in a bit of Orwellian political doublespeak, the Vermont Senate cannabis bill changed the word “marijuana” to “cannabis” throughout all state statutes. Thus, the word marijuana, with all its 1960s counter-cultural baggage, is being dropped from state communications, at least according to the original text of S.54 which is now Act 164.

S.54 became law without the signature of Gov. Phil Scott,

The U.S. Drug Enforcement Administration continues to classify the marijuana or Cannabis sativa plant as a mind-altering (psychoactive) drug.

“Marijuana contains over 480 constituents. THC (delta-9-tetrahydrocannabinol) is believed to be the main ingredient that produces the psychoactive effect,” the DEA reports on its official website.