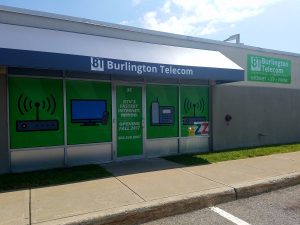 Six city councilors voted for KBTL while five voted for Ting/Tucows. Only Councilor Kurt Wright, R-Ward 4, cast a vote for high bidder Schurz Communications, now out of the running.

Burlington Mayor Miro Weinberger has sought to eliminate KBTL in recent days. Weinberger told city councilors that the low $12 million bid from the co-op is not financially viable and he fears a lawsuit from Citibank. Citibank told the city that the financial gap between the remaining proposals — Ting/Tucows offered to pay $27.5 million — does not meet its institutional “commercial reasonableness” criteria which all bidders were asked to follow.

In particular, the mayor wants to recover about $6 million of the $17 million lost in a misappropriation of city funds used to prop up the failing operation between 2007 and 2009.

Weinberger first revealed his opposition to KBTL on Oct. 12. He told reporters at a news conference that selecting either Ting/Tucows or Schurz “will result in big wins for Burlington Telecom customers, taxpayers and the city. … Fundamentally at this point, the KBTL proposal is not viable.”

Ting/Tucows will add an additional $500,000 if Burlington Telecom’s financial goal for this fiscal year is exceeded. Burlington could potentially receive a 20 percent equity position in the arrangement if approved. Representatives of the company said the firm will finish building out the fiber network across city, with the exception of 120 hard-to-reach homes.

KBTL’s low $12 million offer includes $10.5 million in cash with the city retaining a $1.5 million interest in the telecom, meaning the co-op would own 87.5 percent of Burlington Telecom. Of the total amount, $10 million would come from a loan to be financed at 14 percent interest. Unlike Ting/Tucows, city subscribers of the telecom would become KBTL co-op members automatically at no cost.

In advance of the city council vote, Burlington Telecom welcomed residents to comment on its Facebook page. Residents reacted to various topics including service promises and customer service.

“Burlington Telecom has the best (internet) rates in Burlington,” wrote Kiersten Hallquist. ” …I’ve had the most incredible experience with their customer service team; they are all incredible friendly, understanding, and accommodating. I can’t imagine why people would go with any other provider if living in the BT service zone.”

The City Council is expected to choose the winning bid in two weeks at its next meeting.

Images courtesy of Wikimedia Commons/Beyond My Ken and Burlington Telecom