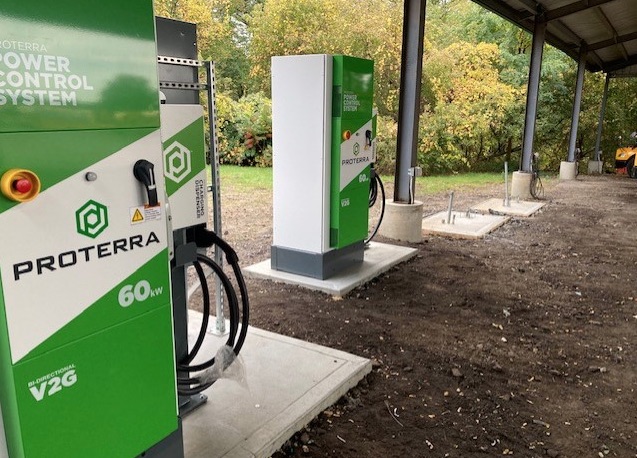 WHAT’S IT ALL FOR?: One of the main selling points of green energy is air-quality improvements and carbon emission reductions, neither of which will be monitored as Burlington makes huge financial investments towards green energy.

Appearing on the Morning Drive Show last Friday, Burlington Mayor Miro Weinberger struggled to answer a question about the city’s all-electric policies, and Vermont’s head of the GOP discussed where the party goes from here after disappointing statewide election outcomes.

When Weinberger appeared on the show, a caller asked him if there would be measurable differences in climate recorded as the city moves ahead with all-electric energy sources for heating, transportation, and more.

The mayor’s answer showed that the goal of the “net zero” would be viewed in the number of changes being made with electric vehicles and heating systems.

“The Burlington Net Zero Plan is to push as best we can to convert all of our vehicles from being fossil-fuel-burning vehicles and heating systems that depend on fossil fuels to ones that are powered by renewable electricity,” he said.

“We have a consultant that we work with that does this in a kind of independent scientific way that he does every year,” he added. “We know the number of electric vehicles that there are in the community, we can see that we have information about how much fossil fuels are being consumed by the community, so that’s the way it’s being measured in this very tangible, documentable way.”

Weinberger touched on other topics, including the continued struggles with rising crime in the city. He cited use of meth and fentanyl is up, as well as homelessness.

“The drug crisis has deepened considerably, and this is something that all Vermonters should be worried about,” he said. “We were making progress on this problem back in 2017, 2018, 2019 — it seemed like we were getting our arms around this terrible, really self-created problem that came out of the prescribing practices during the first part of the century.”

The mayor also noted that cutting the police force by 30 percent back in 2020 continues to have an impact on crime and related issues.

“We [still] don’t have the police officers that we had prior to the pandemic,” he said.

On the same radio program, the Vermont GOP Chair Paul Dame said Thursday that Republicans need to go door-to-door to engage voters if they hope to overcome the record-low representation the party is currently experiencing at the Statehouse. Currently, there will be just 38 Republicans in the House chamber, and seven in the Senate.

“I’ve made this abundantly clear that the way you win House seats as a Republican in Vermont is you have to go door-to-door, you have to be known in your community, you have to talk to people and you have to listen,” he said.

Dame noted he was the last Republican to win a seat for the state in Essex Junction. He said at that time Democrats were pushing single-payer health care and he saw this as an opportunity to offer better ideas.

“I found a lot of people would be like, ‘Oh, yea that could work too,'” he said. “And if you don’t listen to the voters about what the problems are and then offer the Republican solution, I don’t know how those candidates expect to get elected.”

‘Certainly some concern’ about mail-in ballots

Dame also said many voters are unhappy about widespread use of mail-in ballots in Vermont as it relates to election integrity.

“Mail-in voting is here, it’s permanent, it’s statute,” he said. “We kind of have to get over the fact of whether we like it or not and deal with the reality as it is.”

The Vermont GOP fielded candidates for just over half of the seats at the Statehouse, according to Dame. He reminded listeners that the party always loses if no one tries to run for office.

“If people don’t like the direction that the party is going, I’m asking you to get involved, because you can’t replace something with nothing,” Dame said. “And if people think ‘well, I want the Republican Party to look more like me,’ please, we’ve got some forms on the website and you can get involved in your town and county committee if you want to run as a candidate.”