The Burlington Electric Department has set a goal for net-zero energy usage by 2030, a policy which could have a big impact for electric, transportation and heating costs if implemented.

“Burlington was the first city in the nation to source 100 percent of our electricity from renewable generation. Now we are working to achieve another even more significant first — Burlington has embarked on a journey to become a Net Zero Energy city by 2030,” the company announced in a recent statement.

To achieve this ambitious goal, BED users must “reduce and eventually eliminate fossil fuel use in the heating and ground transportation sectors,” according to the company.

Last year BED entered into a partnership with Synapse Energy Economics and Resource Systems Group to produce the “Net Zero Energy Roadmap” to reduce fossil fuel use and emissions “in a manner commensurate with the scope of the challenge.” 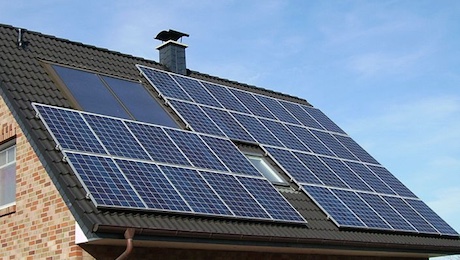 NET-ZERO ENERGY?: Burlington Electric claims it can make its city the first “net-zero” energy community in the nation, but at what cost to ratepayers?

The rebates include $800 for the purchase of a pre-owned EV or hybrid, good for two cars per household, and BED will install 20 new EV charging stations. Users will be encouraged to charge during off-peak hours for the equivalent of 60 cents per gallon.

EVs are still more expensive than their nonrenewable gas counterparts, as they are still reliant on subsidies to compete in the free market. New EVs cost starting around $30,000, even after a $7,500 federal tax rebate, and then there are state rebates and now the BED rebates.

Drivers of gas-powered vehicles will be encouraged to “make the switch early” and get an EV even before the end of the useful life of those gas vehicles. It continues that a switch to EVs should be a big economic gain.

“For example, our 100 percent renewable electricity in Burlington is a cleaner and cheaper transportation fuel than gasoline,” the company claims in its statement. “As more drivers switch from filling up the gas tank to charging up with renewable electricity, we can save money in our community.”

The company also is keeping an eye on Trump administration policies that relate to green energy.

“State and Federal policies will have a significant impact — in particular, whether federal vehicle efficiency standards and electric vehicle tax credits continue, and whether the state prices carbon either on its own or in conjunction with other states in our region,” the company’s press release states.

As part of the roadmap to net-zero energy, Burlington residents can expect to see an end to conventional natural gas for the city.

Beth Parent, spokesperson for Vermont Gas, told True North that while the net-zero initiative includes eliminating natural gas usage, there is still the option for renewable natural gas, which counts towards the net-zero energy goal.

“We at VGS are committed to being leaders in that change,” she told True North Reports. “And the 90 percent renewable by 2050 goal has really sharpened our focus.”

The catch is that renewable natural gas costs more than its non-renewable counterpart.

A calculator at the VGS website allows users to see how much increased cost using renewable natural gas will have on their bill. For a home using 900 cubic feet of natural gas per month, if that consumption is converted to renewable gas 100 percent, it adds almost $90 to a monthly energy bill. Customers can choose the percentage they wish to commit to; for instance, just 10 percent will just add about $10 to their bill.

Despite the costs of Burlington’s net-zero goals, Mayor Miro Weinberger is on board with the plan.

A dramatic switch to green energy for transportation and heating is central to Vermont’s Renewable Energy Standards. While Tiers 1 and 2 deal with energy production, Tier 3 states an objective to “acquire fossil-fuel savings through energy transformation projects. Energy transformation projects are those that reduce the fossil-fuel consumption of a distribution utility’s customers and the greenhouse gas emissions associated with that consumption.”

The transformation towards “a green economy” can lead to higher energy costs according to a study by Chicago University, which examined the economic impact in states that implemented renewable standards.

The BED release concludes that overhauling the transportation and heating energy sectors will not be completely painless. It states, “While the road to Net Zero Energy will be challenging, moving forward toward this bold goal is necessary.”