BURLINGTON — With a new company set to take over Burlington Telecom and the Federal Communications Commission about to decide the fate of net neutrality, one city councilor says he’s worried that Obama-era internet regulations might not exist much longer for Vermont’s largest city. 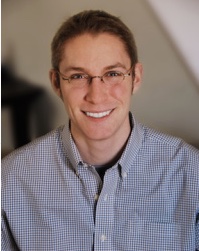 “Net neutrality is huge — absolutely we have to maintain net neutrality on a local level,” city councilor Max Tracy, P-Ward 2, told True North. “It’s crucial to fair access to the internet, and it was something codified in the public criteria that was put forward by the Burlington Telecom Advisory Board at the outset of the process.”

From the start of the bidding process earlier this year, city leaders required bidders to agree to the policy of net neutrality, which was listed as the No. 3 sale priority behind local ownership and affordability of service.

Net neutrality proponents argue that government should prevent internet service providers from being free to offer different web speeds and services at different prices. They say a free market approach favors some content and hurts smaller publishers and ISPs, and that the solution is to treat the internet like a regulated utility.

Critics of net neutrality say the unregulated internet has promoted free speech and content diversity for almost three decades, and that government regulation will suppress ideas and content.

The Schurz/ZRF offer approved Monday night is $30.8 million, which helps to recoup some of the lost $17 million in public money and another $33 million from a CitiBank loan, which resulted in a subsequent lawsuit.

Tracy voted for the co-op Keep BT Local (KBTL), which lost the bidding war but also committed to net neutrality.

Schurz indicated during the bidding process that it supports net neutrality. However, an impending vote at the FCC in December may end the Obama-era regulations and disallow states and municipalities from continuing to restrict ISPs.

A fact sheet on the FCC’s website titled “Restoring Internet Freedom” reads, “We therefore preempt any state or local measures that would effectively impose rules or requirements that we have repealed or decided to refrain from imposing in this order or that would impose more stringent requirements for any aspect of broadband service that we address in this order.”

Tracy said one of the reasons he voted for KBTL is that it would be easier to verify that net neutrality policies are being pursued in the co-op model. He added that the last-minute nature in which Schurz/ZRF was selected doesn’t reassure him that net neutrality will remain.

“We had a fundamentally different offer presented to us at the 11th hour that we didn’t have a chance to review, and that offer ended up being voted on and elevated as the final choice,” he said. “I think that’s problematic because we can’t be truly certain if these key provisions are really going to end up in the deal.”

FCC Chairman Ajit Pai, appointed by President Donald Trump, has been a leading critic of net neutrality. In a recent interview with the Daily Signal, he stated the three primary policy goals of the FCC under his leadership are to have a free and open internet, promote investment in infrastructure and to be consistent with the law.

“What I’m proposing to do is to get rid of those regulations and to return to the bipartisan light-touch framework that governed the internet starting in the Clinton administration and continuing all the way to 2015,” he told the Daily Signal.

Paid said “heavy-handed” rules based on regulations from 1934 may have hurt internet quality.

“That ended up reducing consumer value because a lot of companies thought, ‘Well we’re afraid to innovate because the FCC might take action against us.’”

He hinted that lifting the net neutrality restrictions could especially help rural areas which struggle with internet access.

“I’ve been to parts of America, especially rural America and low-income urban America, where folks are on the wrong side of the digital divide,” he said. “My argument is that imposing these regulations and squelching a lot of the competition and investment from these providers ultimately leaves consumers either with slower internet service or no access at all.”

Other critics of net neutrality say the policy will allow censorship of the web. They point to net neutrality architects including Dr. Robert McChesney, a professor of communications at the University of Illinois, as talking openly about restricting some web users.

“Advertising is the voice of capital. We need to do whatever we can to limit capitalist propaganda, regulate it, minimize it, and perhaps even eliminate it,” McChesney said in a 2009 interview with Monthly Review. “The fight against hyper-commercialism becomes especially pronounced in the era of digital communications.”

I’ve been wondering same since the FCC ruling. Hard to see states having much power but I’m hoping Senate will push our bill to protect browsing privacy and, if poss, expand to net neutrality. #vtpoli https://t.co/KDMWneQ2bl

“I’ve been wondering same since the FCC ruling. Hard to see states having much power but I’m hoping Senate will push our bill to protect browsing privacy and, if [possible], expand to net neutrality,” he wrote.

Images courtesy of Wikimedia Commons/Beyond My Ken and Max Tracy