Chittenden County’s six incumbent senators have occupied the Vermont Senate for a combined 45 years, but a group of energized voters plans to send at least three of them packing and replace them with fresh faces.

The Chittenden Senate district is the largest in Vermont. It is represented by a well-known group of lawmakers who are running for re-election as a slate: Progressive-Democrats Tim Ashe, Philip Baruth and Chris Pearson, and Democrats Debbie Ingram, Virginia Lyons and Michael Sirotkin.

The senators represent more than 137,000 residents — nearly a quarter of Vermont’s total population — and they serve all of Chittenden County, with the exception of Colchester, Huntington and Buel’s Gore.

They also hold enormous power. Ashe is president pro tempore, Baruth serves as chair of the Education Committee, and Sirotkin is chair of the Economic Development, Housing and General Affairs Committee. Pearson vice chairs the new Commission on Act 250, and Lyons is vice chair of the Committee on Health and Welfare.

All are “anti-gun,” a stance that hasn’t escaped notice by the county’s avid hunters and sportsmen and is motivating them to get out and vote.

According to the 2018 candidate report published by Gun Owners of Vermont, the full slate of incumbents, with one exception, are ranked “extremely anti-gun” or “rabidly anti-gun,” based on how they have voted on various on gun-control bills. That has made them targets of disgruntled voters — Democrats and Republicans alike — who say they are turning out this election cycle to break up the “Chittenden Six.”

“It could be Baruth, it could be Tim Ashe, could be Pearson or Ingram — it could be all three of them,” Bob DePino, vice president of Gun Owners of Vermont, said about removing the senators from office. “We may push that number high up and knock three of the incumbents out of office, and that’s just Chittenden County.”

According to DePino, Vermont gun owners will be “bullet voting,” a strategic voting move that can be done in most districts. Basically, voters vote for candidates that are marked as “bullet vote” on the 2018 candidate report, but leave all other candidate options on the ballot blank. That action casts a vote both for the rival challengers and against the incumbents. The key is leaving the other options blank on the ballot. “Any vote not cast for an incumbent is a vote against them,” the voter report states.

Such voting could endanger the lowest three vote-getters among the incumbents — that includes Pearson (31,192 votes), Sirotkin (37,585) and Baruth (37,453), according to the 2016 election results. The other incumbents received more than 40,000 votes each.

“They’re all bad for rights, so anybody that we knock out is a win,” DePino said. “If we could get rid of Baruth, that’s like the brass ring.”

Gun-issue voters are especially frustrated with Baruth, who introduced universal background check legislation and championed the gun safety bills that passed into law in April. Those gun-control measures are energizing many voters to get to the polls. 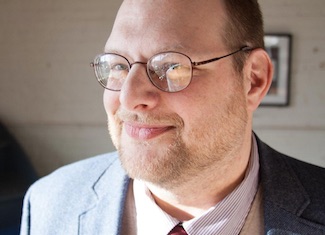 Steve May: “I think there’s definitely a group of folks out there that don’t feel like they’ve been served well by the incumbents.”

The non-incumbent challengers, of course, say there is good reason to vote for them.

May, a resident of Richmond, says he’s a viable candidate. The spectacled newcomer was formerly a member of the Richmond Selectboard and previously served as national director of state affairs for the Hemophilia Federation of America. He also was a past vice president of the Champlain Valley Central Labor Council. As a social worker, he helps individuals and families who struggle with addiction issues.

May said his work addressing chronic health issues as a therapist has given him skills in understanding health and rehabilitation policy.

“I support universal primary care because, as a health care provider, I know what it’s like to have that fight with the private health insurers from the back side, and I know that we’re wasting a lot of resources in terms of care delivery,” he said.

May is passionate about is privacy rights as well — whether related to health information or to privacy infringements by Big Data technology companies.

“I think that’s an issue that cuts well left and right,” he said, adding that citizens need more ways to defend their privacy in an era of ever-expanding technology.

On gun issues, May characterized himself as “middle of the spectrum.”

“For years, I’ve heard folks that I respect that are sportsmen and hunters talk about ‘we don’t need more laws, we need laws that work effectively,’ and I take gun owners at face value when they say that,” he said. “So, I would look at making the existing body of law more effective.”

May said he will be somebody “who can bring folks together” on gun issues because he comes to it “with fresh eyes.”

Regarding his chances of winning on Tuesday, May expressed confidence: “I think there’s definitely a group of folks out there that don’t feel like they’ve been served well by the incumbents.” 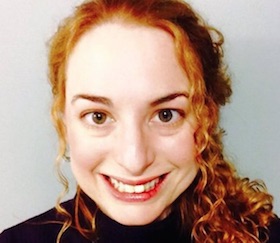 True North’s calls to Carzello and Abbey for comment were not immediately returned. However, Carzello’s social media sites say the South Burlington resident was raised and educated in the Green Mountain State and is the wife of a Vermont Air Guardsman.

“I understand community, service, and sacrifice,” she wrote on her campaign website.

Carzello’s policy positions include expanding access to health care and birth control, promoting LGBT and Black Lives Matter movements, and fixing Lake Champlain’s water problems. She states that “housing is a human right” and wants to address the affordability crisis for retirees.

Abbey, of Jericho, is a junior at Mount Mansfield Union High School. In a recent primary election forum hosted by Channel 17 TV, the well-spoken young candidate said he supports raising the minimum wage. He also wants to see Vermont adopt instant run-off voting, as is being tried in Maine, to increase voter participation.

DePino said that once the Aug. 14 primary is over, Chittenden County voters will have the chance to use bullet voting again in the general election. Republicans, and perhaps some independents, will be among the challengers running for state Senate in that contest.

Images courtesy of state of Vermont, Steve May and Twitter profile image