Do you remember the recent hurricane that decimated 1,000 square miles of New England forest and destroyed most of Vermont’s sugar maples? Or the recent wild fires that destroyed nine towns in the state of Maine and scorched over 200,000 acres? Or the Great New England drought — the worst in recorded history?

For most of us, of course not. The hurricane occurred in 1938, the Maine fires in 1947, and the New England drought in the mid 1960s — long before climate change was an issue.

These anecdotes, of course, prove nothing about climate change and its correlation to extreme weather events — just like Tropical Storm Irene proved nothing about the topic in 2011, despite the claims from politicians. But the data reveal that extreme weather events are not increasing in our region. The National Oceanic and Atmospheric Administration has calculated that since 1887, the upward trend of frequency of hurricanes “is not significantly distinguishable from zero.” In other words, there has been no increase in the frequency of hurricanes for the last 135 years. 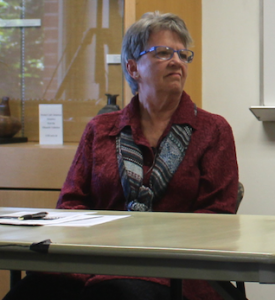 What about flooding? The University of New Hampshire Sustainability Institute, in a study of Northern New Hampshire precipitation, found little to no measured increased heavy precipitation events — characterized as over 4 inches in a 48 hour period — in three out of four weather stations monitored from 1963 to the present.

Drought? New England has not suffered a major drought for over a half century.

Yet, the Transportation and Climate Initiative in the Northeast Region (TCI), of which Vermont is a signatory, states the following in the first clause in its memorandum of understanding: “Climate change has resulted in the increased frequency and severity of extreme weather events that have adversely impacted [the Northeast Region].”

Yet this claim is used as a tool to promote a drastic re-ordering of our Northeast transportation system, which will include a complex set of regulations that will result in as much as a 17 cent per gallon increase in gasoline and diesel fuel.

This translates to an estimated $50 million dollar annual increase in transportation costs to Vermonters. The extra cost will be taken from Vermonters and “invested” by the government into Most Favored Lobbyists’ industry coffers, after skimming “costs” of administering the new regulations.

This new expense will be borne disproportionately by low income and middle class Vermonters who depend on transportation to get their kids to school, to travel to work, shop for groceries or go to the doctor. Rural Vermont will be hit the hardest.

Others who can little afford such increases will also be affected. Farmers depend on diesel fuel for everything from tractors to feed delivery to transportation for their milk. Increased costs for famers will inevitably be passed on to the farm products consumers, namely every Vermonter. If the farmers cannot pass on the cost, or absorb it, more Vermont farms will shut down, accelerating an already disturbing trend across the state.

Loggers depend heavily on diesel fuel for their business. This low margin industry will be damaged further by higher fuel costs.

All other commercial transportation, from foodstuffs to clothing to industrial and commercial supplies, will be hit with higher costs. Every item we buy in Vermont was transported to the consumer at some point. These additional costs will be borne by each and every Vermonter.

Who benefits? Certainly not the environment, unless one believes that hollowing out Vermont’s rural landscape helps the environment. According to the U.S. Energy Information Administration, tiny Vermont is already, compared to the other 50 states, 43rd in energy consumption per capita, despite its cold winters and rural population. Yet, it is 13th per capita in energy expenditures. We are already doing our part, and further reduction in diesel and gasoline use will have statistically no effect on global warming. The real beneficiaries of this scheme to tax Vermonters for their fuel use are the rich and powerful. State government, with an annual budget totaling over 1.5 billion and a workforce of over 8,000, will grow bigger, administering complex regulations proposed by the initiative. As night follows day, the additional funds generated by this scheme will be used to subsidize government favored groups — namely the powerful and well connected.

In addition, these subsidies will benefit those rich enough to afford an electric passenger car — all other Vermont vehicle owners, including those who drive trucks, busses and minivans, will be paying for those rich folks’ luxury cars.

This is the perfect storm. The powerful and well connected have made questionable claims to support a scheme to increase their power and wealth at the expense of the rest of Vermonters.

The solution? Vermonters can counter the perfect storm by letting their legislators and governor know that the TCI is a boondoggle Vermonters cannot afford.

7 thoughts on “Bucknam: The perfect storm”