In a debate forum Friday, Republican candidate H. Brooke Paige said incumbent Secretary of State Jim Condos’ initiatives to increase voter registration have caused the state to sign up 70,000 more people to vote than there are eligible voters.

By the end of the day, however, he retracted his statement, saying he made “miscalculations.”

Vermont is heading into the general election with about 481,111 people listed on its voter rolls, the highest number of registered voters in the state’s history. On the campaign trail, Condos has cited the statistic as proof that newly enacted policies such as automatic voter registration (AVR) and Election Day registration are working as intended. 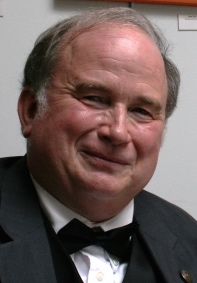 But during the debate hosted by VPR’s Vermont Edition, Paige attacked Condos’ record, saying his office has out-registered the eligible-voter population in the state by about 70,000. According to his calculations based on census data, only 407,390 Vermonters are qualified to vote.

“I think actually what we’ll find out is that more people have actually signed up to vote than are qualified to vote,” Paige said.

Condos, apparently surprised by the challenge, responded that there is no evidence to support Paige’s claim. He added that the voter registration system was updated in 2015 and is very robust, and that it’s largely the role of town clerks to keep voter rolls clean and accurate.

“The town clerks are hardworking. They do a tremendous amount of work, and we are proud of the voter checklists and the work that they do around elections,” Condos said.

Paige said once you subtract people under age 18 and non-resident adults (visa and green card holders), that leaves far fewer eligible voters than Condos has suggested.

Condos responded that he thinks the numbers are wrong.

“Just his age 0-18, just look at what we have for school age population right now so his number is very inflated around that,” he said. “We estimate that around 520,000 are actually eligible to be on the checklist, and we currently have about 482,000.”

Paige responded that his census estimate is conservative, and that the Vermont Department of Health statistics say the state has 118,000 residents under age 18.

Condos then went back to talking about his priority to protect Vermonters’ voting rights. The secretary of state has promoted a variety of other voter accessibility policies including online voter registration and early and absentee voting.

“I’m proud of the work my office has done working in conjunction with the legislature and with the governors,” he said.

Late Friday, however, Paige retracted his challenge, saying his numbers were wrong. He now estimates Vermont has 497,394 eligible voters.

“The problem is not quite as epic as my initial miscalculations seemed to indicate,” he wrote in an email to True North.

According to official state registration data, there are around 16,000 more eligible voters for this election than in 2012. As of mid October, there were 481,111 residents on Vermont’s voter rolls, amounting to 92.5 percent of the state’s 520,000 eligible voters.

State Sen. Chris Pearson, P/D-Chittenden, also praised the boosted numbers, tweeting “it’s rare to pass a bill and then get clear cut evidence of it achieving its goal.”

It’s rare to pass a bill and then get clear cut evidence of it achieving its goal. I’m proud of VT’s work to make participation easy. #GoVote #vtpoli https://t.co/Dm0khBb0Pp

If Vermont has more registered voters than people eligible to vote, it wouldn’t be the only problem encountered by states that adopt policies like automatic voter registration through the Department of Motor Vehicles.

That glitch appeared in Vermont as soon as automatic voter registration was implemented at the start of 2017.

“Green card holder and Burlington resident Luke McHale was one of those affected by the glitch in the DMV system,” the Burlington Free Press reported back in February 2017. “McHale’s wife, Becca, said Thursday her husband was surprised to pick up the mail and find a letter from the Burlington city clerk’s office saying he was now registered to vote.”

On the Fox News program Tucker Carlson Tonight, host Tucker Carlson highlighted a similar problem in Texas, a state that requires drivers license applicants to check a box on an application form to register to vote.

“According to the Texas Attorney General Ken Paxton found when they investigated just four of the state’s 254 counties, they [found] 165 unlawfully registered voters, noncitizens, had to be removed from the voter rolls. It was estimated that over 100 illegal votes were cast before they were purged from the rolls. Which kind of makes you wonder what’s happening in the state’s other 250 counties,” he said.

Duplicates on the checklist

Harris said motor voter registration also can lead to names showing up more than once on voter rolls.

“There are significant problems with merging two data bases — then overlap will occur,” she said.

She explained that if someone already registered as a voter goes to the DMV and updates name spelling with any change from the original, it creates a duplicate voter registration.

“You’re gonna end up with a bunch of extra people on the list,” she said. “If you are an insider then you can pull out those extras that aren’t really voters, and you can cast absentees in their names.”

22 thoughts on “Brooke Paige to Condos: 70,000 more on voter rolls than eligible”