I was appalled when I found out that our local elementary school was utilizing a non-environmentally friendly laundry detergent in their laundromat. Also, the soap is costly, so a more generic brand would have sufficed.

If the school’s personnel are going to be washing the clothes of children who arrive with dirty, smelly and bug-infested garments, they should be more sensitive to the environment and cost.

Meanwhile, a few weeks ago, in Brattleboro, Congressman Peter Welsh was inspecting the summer lunch being served at the town’s Boys Club. Would you believe it was baked macaroni with all of its starches and calories? 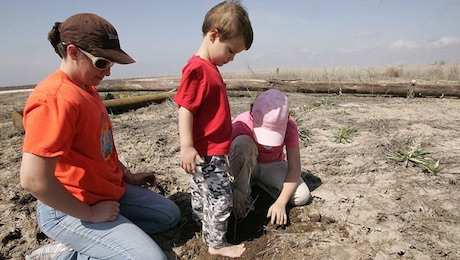 There is no substitute for parenting, especially when it comes to saving taxpayer dollars.

The congressman’s visit to the club led me to believe that the Trump administration has the immigration, Middle East  and opiate crises well in hand; there must be no need for Congress to be in session.

Yes, I am being somewhat sarcastic, and as you read on, a bit old-fashioned. But, to make the point that something is terribly wrong with how we are dealing with poverty in Vermont, a different approach is needed.

According to the current data, Vermont has an unemployment rate close to 3 percent, and in some places it’s even lower than that. Also, throughout the state, the constant cry from businesses of all types is that they cannot get employees. Some businesses are even closing their operations for several days a week due to the inability to staff — especially those in the food and hospitality industry. With labor being this tight, there are few, if any, companies paying the minimum wage.

So why is it, on a daily basis, close to 8,000 youngsters in Vermont are given a free lunch and about 5,000 are given a free breakfast? The same can be asked about the high number on the SNAP (food stamp) program, close to 75,000. If these are the statistics in the best of economic times, what might we expect when the economy goes into a recession again, which it surely will?

There has been so much said and printed about poverty in America and in Vermont. Some 50 years ago, President Johnson declared it a war — the War on Poverty — and it still continues, but why?

To win this war, we might consider taxing millionaires and billionaires at a tax rate equaled to 100 percent of their annual earnings. Do the math; if we did, it would only make a small dent and is, of course, unrealistic. What is rarely discussed, and what needs to be brought back to the discussion, is personal responsibility.

Within a two-week period last month in Bennington, two speakers, Nina Turner, executive director of Bernie Sanders’ Our Revolution, and Prudence Pease, a representative of Bridges Out of Poverty, spoke to several hundred people on the issues of poverty. Never did either speaker mention the words “personal responsibility.”

Yes, there are people who are in poverty today because of a loss of employment, sickness, death in the family, a natural disaster striking their home or business, and addiction. All the resources that can be brought to bear should be to help citizens who have faced unforeseen tragedies.

But when a child comes to school with clothing that has to be removed by the school’s staff, you have to wonder, where are the parents and why are they not being held accountable? Why can’t the parents prepare a lunch and breakfast for their children? It takes less than two minutes to make a peanut butter and jelly sandwich, and for less than $4, a two-week supply for a youngster can be had.

As a country, we have invested hundreds of billions of dollars and created an enormous bureaucracy at the federal, state and local level to deal with poverty. Is it not time to try something different and not look the other way when the principles of personal responsibility and accountability are brought up?