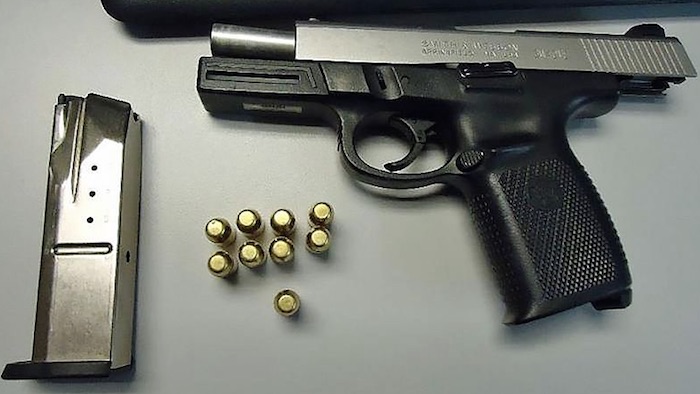 VERMONT GUNS ON THE MOVE: According to authorities, two men from Boston allegedly have been moving cocaine to Vermont and transporting guns back to the city.

BURLINGTON — Two Boston residents who temporarily had been living in Swanton were indicted Monday by a federal grand jury on charges related to drug and firearm conspiracy.

According to a U.S. Department of Justice news release, John “Sunshine” Guerrero, 26, and Darwin “Weezy” Medina, 34, were arrested Jan.15, 2019, by the Bureau of Alcohol, Tobacco, Firearms, and Explosives (ATF) in Boston. The men appeared in Burlington federal court on Feb. 5 for detention hearings and are now in custody until further proceedings.

The Office of the U.S. Attorney for the District of Vermont states the men were charged with conspiracy to distribute cocaine base, conspiracy to possess firearms in furtherance of a drug trafficking crime, and interstate transportation of firearms with removed serial numbers.

The release also cites a previous criminal complaint that alleged the pair agreed to purchase cocaine powder from South Boston and process it into crack cocaine in Swanton. In all, the men distributed over 280 grams, according to the DOJ statement.

Guerrero and Medina agreed to distribute crack and obtain firearms in the Swanton area between September 2017 and March 2018, according to the DOJ. 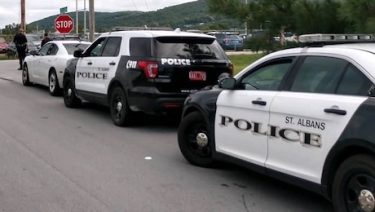 “The pair acquired multiple firearms by having drug customers ‘straw purchase’ the guns, wherein the licensed firearms dealers were unaware that the actual purchasers were not the individuals appearing in the stores,” the release states.

U.S. Attorney Christina Nolan said this case “is an outstanding example of the ATF working seamlessly with local police departments in Massachusetts and Vermont” to stop the flow of drugs into Vermont and the trafficking of illegally acquired Vermont guns to “drug source cities like Boston.”

Nolan told True North that selling drugs in return for guns is common among traffickers in the region.

“The charges issued is not just allegations that the defendants sold a substantial quantity of crack cocaine in Vermont, but also allegations that they possessed guns in furtherance of the drug trade,” she said. “As the release makes clear, they enlisted their drug customers to acquire the guns for them that were then trafficked back to Boston.”

“The defendants completed firearm transaction forms when purchasing the guns, in which they falsely stated that they were the actual buyers of the firearms and were not unlawful users of any controlled substances,” the release states.

At least five of these guns have been recovered by Boston law enforcement.

Nolan said criminals in large cities are looking to acquire guns to protect their drug trade and keep customers in line. Moreover, the firearms confiscated in the case had their serial numbers removed or obliterated before being transferred from Vermont to Boston to avoid being traced.

The prosecution of this case is part of the U.S. Department of Justice’s Project Safe Neighborhood, a nationwide initiative to address gun crime.

The U.S. Attorney’s Office praised the efforts of the ATF agents in Vermont and Massachusetts, the St. Albans Police Department, and the South Boston Police Drug Control Unit.

The charges are only accusations and the defendants are presumed innocent unless proven guilty. If convicted, Guerrero and Medina face a minimum term of 15 years in prison and a maximum possible life term.