Republican senatorial candidate Don Bolduc, who is running against Democratic incumbent Sen. Maggie Hassan of New Hampshire, has gained a new boost in polls five days before the general election, according to a Trafalgar Group and Daily Wire survey published Thursday. 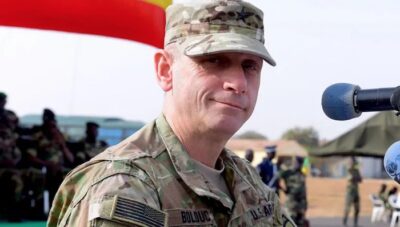 Bolduc, a retired Brigadier-General, now has the support of 47% of New Hampshire voters, 1.3 points over Hassan’s 45.7%, according to the Trafalgar Group, which conducted the survey for The Daily Wire. Though the poll is within the margin of error and a statistical tie, it would be enough to win the seat and a greater margin of victory than Hassan’s in her 2016 win against Republican then-Sen. Kelly Ayotte by 0.14 points.

Bolduc’s new lead in the final moments of the race marks a dramatic reversal of polling dynamics. As early as September, Hassan was telegraphed as having a 10-point lead in the race, with Bolduc having made up the gap across all major polls, per RealClearPolitics, which shows the average lead for Hassan being just 0.5 points.

Hassan, a former governor of New Hampshire, is considered one of the most vulnerable incumbents among Senate Democrats during this year’s midterm elections, in large part due to her minuscule margin of victory, 1,017 votes, last election and New Hampshire’s Republican inclinations. The state currently has a Cook Partisan Voting Index score of D+1and is led by popular Republican Gov. Chris Sununu.

Bolduc emerged as the GOP nominee despite opposition from Senate Republican Leader Mitch McConnell, whose affiliated Super PAC, the Senate Leadership Fund, backed the State Senate President, Chuck Morse, in the race. However, he has since received McConnell’s support and sought to dispel claims that he believes the 2020 election was stolen.

His campaign has focused on Hassan’s record, citing her 96% voting congruence with the Biden administration’s stated position on issues. His campaign platformincludes matching new spending to “corresponding cuts,” implementing the E-Verify system to ensure the hiring of legally authorized workers and “fiercely protecting” the Second Amendment to the US Constitution.

Hassan, meanwhile, has sought to project a moderate image as a senator, including speaking out against some of President Joe Biden’s proposed initiatives. She vocally opposed the rescinding of authority under Title 42 of the Public Health Service Act to expel illegal migrants along the southern border and visited the borderin April.

The Trafalgar poll surveyed 1,241 likely voters and had an error margin of 2.9%.

Hassan and Bolduc’s campaigns didn’t immediately respond to a request for comment.