DMV Commissioner Robert Ide said that while the department has stopped using the software, it had a useful purpose for identifying forms of ID fraud. 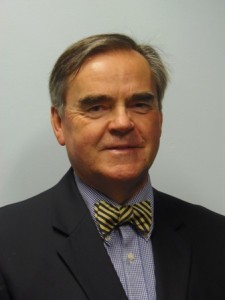 “That’s exactly what it’s used for — for ID fraud and an assist for law enforcement if they are investigating a case,” Ide told True North. “Our use of the product is somewhat different than the version that Hollywood or television puts out. It’s very tightly controlled access, and we are very careful that we only scan photos that have a real reason for being looked for.”

Not anymore. In May, Gov. Phil Scott ordered the program suspended while Donovan’s office reviewed it to see if it violates state law. Donovan’s announcement Tuesday drives another nail in the coffin for the anti-fraud program.

“We’ve been working with TJ, so the press release (from the attorney general’s office) contained no surprises for us,” Ide said. “ … It’s a tool that’s not available to us and we’re not using it.”

At least for the immediate future, there are no plans to revive the software. The statute cited to suspend the software is Act 154, passed in 2004, which Donovan says prohibits use of biometrics for consideration of a driver’s license application.

“TJ has looked at it closely and concluded that having the system turned on violates that language and it should be turned off until that language is corrected,” Ide said.

Ide said he’ll be working with state police and the attorney general’s office to see if the language of the statute can be revised to bring the program back to life, but added its “highly speculative at this point.”

ACLU of Vermont staff attorney Jay Diaz has been leading the charge to put the program out of commission. In May, he wrote a letter to Ide saying the use of facial recognition software to scan the state’s 2.6 million photo database of photo ID applicants disproportionately targets migrant farm workers, immigrants and racial minorities, perhaps causing some to get caught up in unwarranted criminal investigations. 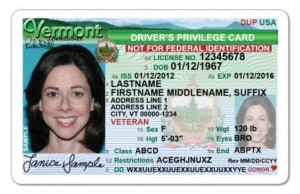 ONE LESS TOOL: Immigration and Customs Enforcement and other federal and local agencies will have one less tool to catch illegal activity, largely in the name of protecting privacy.

Diaz told True North he opposes any attempt to bring the program back into compliance with state law.

“I’ve seen the DMV commissioner quoted saying he’s interested in working with legislators to get the system back online. The ACLU certainly opposes that effort,” he said.

Diaz said Vermonters should be concerned about facial recognition software for multiple reasons.

He also worries that the program allows federal entities including Immigration Customs Enforcement, the U.S. State Department and the FBI to get information for federal law enforcement purposes.

“We did see that. There were a few instances of requests for facial recognition done and the reasons which were cited were visa overstays,” Diaz said. “So it’s certainly happened, and that gets to why we worry a lot about the chilling effect with these technologies.”

Ide denied that the software was used for cracking down on immigration.

“No, it was never used for that function,” he told True North.

The Vermont ACLU claims that in December 2012 the DMV responded to at least 126 requests from federal agencies to use the software. Diaz said the big issue of concern regards checks and balances.

“The biggest problem with this is that there was no requirement for reasonable suspicion, probable cause, no requirement that a warrant be presented, or any evidence whatsoever,” he said. “All that was required by the DMV was that outside agencies provided a photo and whatever they had.”

Diaz said that more than 50 Vermonters had their information handed over in this matter, sometimes without any additional information beyond the photo.

Ide said any improvements to the program will have to start in Montpelier.

“We believe it would take a legislative change, (but) it would be a bit of work and certainly a period of time,” he said.

Diaz accused the department of a series of missteps recently regarding law enforcement:  “We see this repeatedly from the DMV — not knowing what laws and can enforce and can’t enforce, choosing which laws they are going to enforce. And they are not an agency that the public has a lot of trust in, and for good reason.”

Meanwhile, Ide maintains the software was used carefully and with high restraint.

“We would only search a photo that was presented to us by a law enforcement entity that was actively pursuing a case where they had assigned a case number,” he said. “They would fill out a written application to use after it went through their chain of command, and when it came to us we would assess whether it, in fact, is a legitimate request.”