The House Judiciary Committee on Wednesday took testimony on a bill that would increase racial justice-themed data collection of government institutions and create a corresponding advisory panel to guide government policy.

“Another way to consider approaching it is to say we’re creating this entity — this data collection, data analysis, partnership, that we want to add to over time — but embed the scope of it with the primary aim of addressing racial disparities, because that means racial disparities are truly embedded in everything we do.”

Crocker said she wants to see this data collected to guide new policies in addressing the alleged systematic racism. 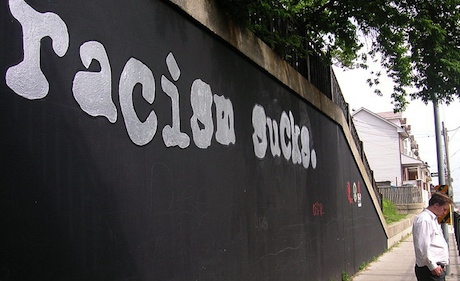 RACISM EVERYWHERE?: The House Judiciary Committee on Wednesday took testimony on a bill that would direct taxpayer resources towards racial justice-themed data collection and an advisory panel on racial justice issues.

“With true data-driven change, what that means is we can use data to truly understand the scope of issues, identify and target interventions to address them, and then measure the outcomes,” she said.

H.317 calls for about a dozen data categories for juveniles and adults. For example, section 6 calls for “data regarding sanctions and disciplinary actions against juvenile justice system participants, including law enforcement officers, prosecutors, defense counsel, judges, and Department of Corrections (DOC) and DCF officers.”

Committee members indicated they are interested, but it’s not clear the proposed legislation will become law during this legislative session.

Rep. Martin LaLonde, D-South Burlington, one of the lead sponsors, suggested the next action might be getting more meetings of the key players “to work this out over the off-session and come back with an implementation plan.”

During the meeting, LaLonde asked Crocker what authority these new data researchers may have over the institutions they review.

“Is that the kind of authority that can be placed in an entity such as UVM?” LaLonde asked. ” … The authority to get this data from the courts, from the state’s attorneys, from the administration, is that even something that is done, or that is possible?”

Crocker answered, “[There’s] like sort of the power to do it. … I think you need the authority to get someone who mandates that it happens. And ‘mandate’ is a strong word because I think it’s a balance between mandate and collaboration.”

Xusana Davis, executive director of racial equity and the chair of the Governor’s Task Force on Racial Equality, is largely expected to play a role in data collection efforts. She also spoke to the committee.

“When it comes to the independence of this kind of work, you all have heard me say in other contexts that, personally, I think any office that serves as a watchdog for government would probably be better to be independent,” she said.

Vermont Chief Superior Judge Brian Grearson said he wonders what information can legally be made available.

“A lot of that type of information specifically is governed by other rules, procedures and statutes,” he said, adding that courts tend to deal in confidential information.

Karen Gennette, executive director for the Crime Research Group, supports the increased collection of data, including outside the criminal justice system.

“I would suggest that we raise this bigger than what’s being suggested in this bill,” she said. ” … This is a really important issue across state government, and as I listen to people of color testify and talk in other venues, looking across systems and not just in the criminal justice system is something that becomes very important.”

Vermont Assistant Attorney General David Scherr spoke in strong support of the measure, noting that his office “helped draft the report that ultimately resulted in this bill.”

Some lawmakers shared contrasting views on how to progress.

Rep. Kevin “Coach” Christie, D-Hartford, questioned if new government entities would be necessary. “There might be a pathway without a lot of reinvention,” he said.

LaLonde said he sees a potential need for a new independent entity to do this work.

“Maybe we really do need to look to a quasi-independent agency that would also be able to balance that need for authority to get reluctant agencies to actually work with them,” he said.

The video of the Wednesday hearing can be viewed here.