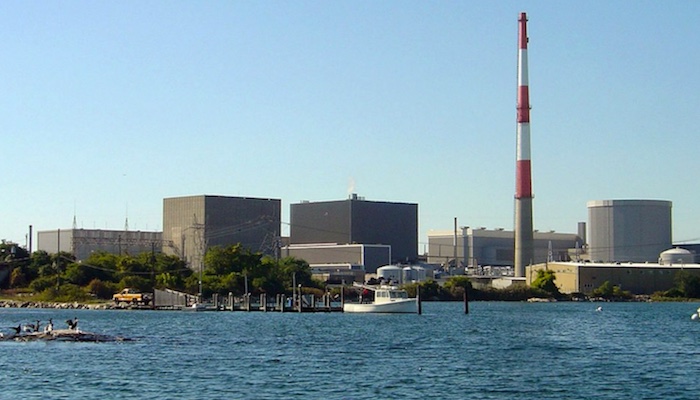 The Millstone Nuclear Power Station, located in Waterford, Conn., is the only multi-unit nuclear plant in New England.

The Millstone Nuclear Power Station is threatening to shut down its doors if state regulators move forward with a plan to delay its involvement in a support program.

Connecticut lawmakers passed a bill in October 2017 that allows the Millstone Nuclear Station — the state’s largest source of zero-carbon electricity  — to participate in certain carbon-free contracts, providing economic relief to Connecticut’s last remaining nuclear plant. The point of the contracts are to reward clean energy producers with higher prices for their electricity.

However, a proposal recently issued by the Department of Energy and Environmental Protection (DEEP) is calling for a delay in Millstone’s involvement for another five years, not allowing the plant to make bids until 2023.

Dominion Energy, the owner and operator of Millstone, is threatening to decommission the plant completely if DEEP initiatives the delay.

“Millstone is at risk now and must face critical business decisions regarding the future, irrespective of the consequences those decisions might have on Connecticut or the New England region,” Paul Koonce, the CEO of Dominion Energy, said in a statement. According to Dominion Energy, Millstone is in desperate need of the help. Rising operational costs and competition from cheap natural gas has eroded the plant’s revenue.

The situation is very emblematic of the nuclear industry as a whole, where plants across the U.S. have closed due to economic hardships. Numerous state governments have either passed or are considering bailout options to keep their nuclear reactors running. At the federal level, the Trump administration’s proposal to keep at-risk power plants from shutting down includes both coal and nuclear.

Connecticut’s energy sector would undoubtedly be rattled if Millstone chose to close down. The tiny New England state does not have any fossil fuel reserves, largely dependent on imports of natural gas. Any power that the state does produce comes from renewables sources, but mostly from its one-and-only nuclear plant. Nearly 50 percent of Connecticut’s net electricity generation came from Millstone, according to the Energy Information Administration.

Should Dominion Energy close the plant, electricity rates would likely climb higher — a painful outcome for ratepayers who live in a state that earned the distinction of being the most expensive place in the country in terms of energy costs.

However, not everyone agrees Millstone is in need of financial assistance. Stop the Millstone Payout, a campaign that sought to block the plant from receiving the carbon-free contracts, argued that the move amounted to a “giveaway” that would cost Connecticut ratepayers millions in higher electricity bills.

“Why should our residents and businesses pay hundreds of millions of dollars extra each year for a nuclear plant that is highly profitable and won’t even prove that it needs the money,” the campaign states, according to the Connecticut Post.