In recent days, the left, which today includes not only the Democrat Party, but also 90% of the media and 95% of the Best People, has juiced up a narrative about President Trump’s conversation with Ukrainian President Volodymyr Zelensky, loudly proclaiming that President Trump carried out a “shakedown” of the Ukrainian president to “get dirt” on a “political opponent,” namely former Vice President Joe Biden. The claims have resulted in House Speaker Pelosi announcing the start of a pseudo-impeachment “inquiry” against the president.

On the other hand, the left repeatedly claims there is “no evidence” of wrongdoing by Vice President Biden concerning his threats to withhold $1.2 billion in U.S. loan guarantees to Ukraine unless a Ukrainian prosecutor was fired within six hours. 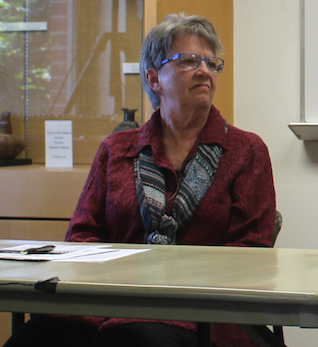 Let’s break this down. First, the left says that the Trump/Zelensky conversation was a “shake down.” By coming to that conclusion, the left employs what is called in the legal world circumstantial evidence. President Trump did not say “I am shaking you down by withholding funds until you do what I say.” That would be direct evidence of a shake down. Never mind that there was no mention of aid to Ukraine during the conversation, or that the conversation about Biden and his son was a few seconds in a 30 minute phone call, or that President Zelenski said he did not feel any pressure. The left has concluded that both presidents are lying, and the circumstantial evidence proves it.

As far as Vice President Biden is concerned, his bragging in a videotaped conversation in 2018 at the Council on Foreign Relations that he told the Ukrainians the U.S. would withhold $1.2 billion of loan guarantees unless they fired a prosecutor is about as close to direct evidence you will get of a shake down. The prosecutor was investigating Burisma, a natural gas company in Ukraine. Biden’s son, Hunter Biden, had been appointed to the board of Burisma. Despite Hunter Biden’s lack of experience and his troubled history of drug addiction — and the utter lack of evidence as to what services he performed for Burisma, he was awarded $50,000 a month by the company. The circumstantial evidence supports the conclusion that Vice President Biden’s threat was intended to stop a prosecution that may implicate Biden’s son. Indeed, the prosecutor, Viktor Shokin, in a sworn affidavit, stated: “The truth is that I was forced out because I was leading a wide-ranging corruption probe into Burisma Holdings, a natural gas firm active in Ukraine, and Joe Biden’s son, Hunter Biden, was a member of the Board of Directors.” Yet the left claims there is no evidence of corruption. In order to sustain their position, the left has to conclude that the prosecutor is lying under oath, and that in the Biden case, circumstantial evidence is “no evidence.”

The left’s conclusions about the president are based on two fallacies. First, they assume that the investigation requested by the president was not legitimate. However, there is strong circumstantial and even direct evidence that Vice President Biden used his office to obtain a highly lucrative gig for his troubled son, and that he used his power to stop an investigation into that transaction.

If true, that is big league corruption.

Second, the left concludes that the president has no authority to request a corruption investigation against the vice president because Biden is a “political opponent.” To the contrary, as left is fond of saying, no one is above the law, even political opponents. Just ask President Obama.

The left is complicit in this corruption. It has two vastly different legal standards for the Republican president of the United States and the Democrat former vice president. Its position is clear: accountability does not depend on what you do, but who you are. That is the antithesis of the rule of law.