This past Friday (Oct. 11) at the Renewable Energy Conference, Burlington’s Democratic Mayor Miro Weinberger, flanked by VPIRG, announced support for a massive, statewide carbon tax on Vermonters, which would ultimately lead to a roughly $1.70 per gallon tax on home heating and vehicle fuels. The proposal is similar to one proposed by VPIRG in 2014, only larger in scope and cost. Vermonters soundly rejected the first proposal, but it keeps coming back like the proverbial bad penny. 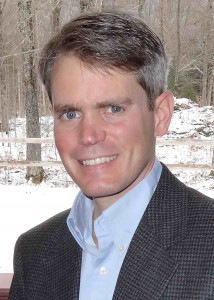 The new plan would start with a $30 per ton tax on CO2 emissions, and rise at a rate of inflation plus 10 percent each year until 2034, after which point it would rise at inflation plus 5 percent indefinitely. The 2014 proposal started with a more modest $10 per ton tax, increasing annually until it reached $100 per ton in 2027 where, barring a change in plans, it would have stopped.

As with the first plan, this “new” proposal is being billed as “revenue neutral,” although nether really is/was. Proponents admit that money will have to be skimmed off the top to make up for lost revenue to the Transportation Fund due to lower tax revenue and, presumably, any administrative costs for collecting and administering the tax and accompanying rebate program.

How this rebate program, supposedly returning the money to the taxpayers, will work isn’t entirely clear, but based on the presentation materials ordinary Vermonters will be left out in the cold (literally). It mentions just two potential models: (1) A rebate to businesses in proportion to share of jobs in Vermont, and (2)  A rebate to businesses in proportion to share of GDP in Vermont. So ordinary Vermonters will pay the tax and the revenue will be redistributed to businesses, not people. This does not sound like a “revenue neutral” policy, which means taxes raised will be offset by tax cuts elsewhere, but rather is a calculated program of wealth redistribution from citizens to, presumably, politically correct (or well connected) businesses.

Earlier carbon tax proposals offered at least some pretense of mitigating the negative impacts to rural and low income Vermonters, who will bear a disproportionately high amount of the pain inflicted by a carbon tax, but not this one.

So, why in an election year would carbon tax advocates bring back what promises to be a more painful, even less popular proposal? Here are a couple of possible reasons. One, they think that with veto-proof supermajorities in the legislature guaranteed for just one more year this is their best chance to force the tax down Vermonters’ throats. Or, this could be a calculated distraction designed to draw attention away from efforts to pass the “stealth carbon tax” — that is, the Transportation & Climate Initiative or TCI and/or carbon related “reforms” to Act 250.

Either way, it’s time for Vermonters to be vigilant and vocal.

17 thoughts on “Roper: Big carbon tax back on the table”