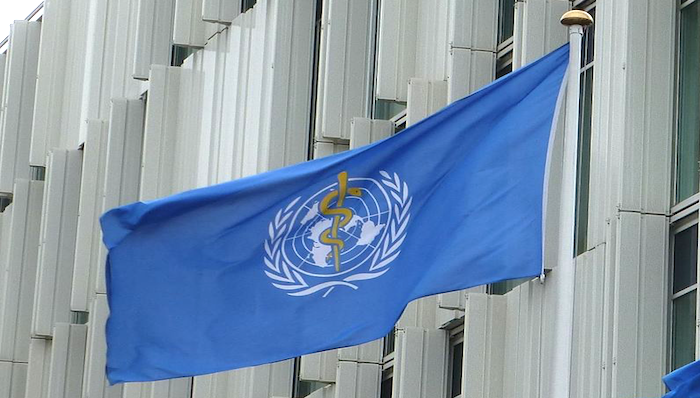 The IHR amendments legally authorize the WHO to order international lockdowns and mandates, require countries to report citizen data, including their DNA and other information, and collect this information, in part to restrict travel.

Delegates from 194 countries, led by the United States, are expected this week to vote to relinquish their respective country’s sovereignty and grant autonomous power to the World Health Organization over international health events.

They are expected to approve amendments proposed by the Biden administration to the International Health Regulations (2005) treaty that “defines countries’ rights and obligations in handling public health events and emergencies that have the potential to cross borders.”

The IHR amendments legally authorize the WHO to order international lockdowns and mandates, require countries to report citizen data, including their DNA and other information, and collect this information, in part to restrict travel.

Delegates convened this week at the 75th World Health Assembly, the legislative body of the World Health Organization at the United Nations headquarters in Geneva, Switzerland.

At the assembly, the U.S. delegate expressed support for the new surveillance system, saying changes to the IHR would “improve the global health architecture systems and tools to prevent, prepare and respond to the next pandemic. Improving and modernizing IHR is critical to ensuring the world is better prepared for and can respond to the next pandemic. The United States of America looks forward to working with member states to move forward on this important issue strengthening our collective ability to prevent, detect and respond to future pandemics.”

The amendments changed the time period for when countries can opt out to change their vote to six months from when the amendments are adopted. Once approved, they would become effective in November 2022 – after the U.S. midterm elections and before new members of Congress are sworn in.

The adoption of the amendments don’t require approval of two-thirds of the U.S. Senate.

Liberty Counsel Founder and Chairman Mat Staver argues the amendments are another example of the lawlessness of the Biden administration.

“The proposed amendments would give the WHO global jurisdiction over the United States to declare health emergencies,” he said in a statement. The Orlando-based religious liberty organization has consistently fought Biden administration mandates in court and won.

“We have already seen the lawless abuse of power under Joe Biden by the Centers for Disease Control, which the courts have fortunately blocked. Americans would have very little recourse against the WHO,” Staver added. “The WHO has sovereign immunity, and an international court in The Hague would not consider the constitutional rights of Americans. America must not give up its sovereignty to the WHO. These amendments must be withdrawn immediately.”

The Biden administration submitted the amendments without notifying Congress, without issuing an official statement or holding a news conference, Staver noted.

In early 2020, Americans first heard from the White House: “two weeks to slow the spread” of the coronavirus. President Donald Trump declared a national emergency and state governors subsequently issued lockdowns. More than two years later, the lockdowns have since proven to be ineffective in preventing the spread of the coronavirus or any other disease. Instead, they contributed to patients not having access to preventative treatments, critical care for cancer and other patients, increased suicides and worsening mental health issues, significant learning gaps in educational outcomes, widespread employment losses, and increased national debt, critics contend.

Now, the White House has proposed giving the WHO authority to impose global lockdowns and relinquishing U.S. sovereignty in the process.

Doing so, the UN argues in its report, “Covid-19: Make It the Last Pandemic,” is because the global body could have prevented the spread of the coronavirus if the WHO had control over all independent country responses.

It states, “In its current form, the WHO does not possess such powers …To move on with the treaty, WHO therefore needs to be empowered – financially, and politically… The treaty should possess an adaptable incentive regime, [including] sanctions such as public reprimands, economic sanctions, or denial of benefits.”

According to the WHO, the IHR would require global surveillance and a digital health passport to be able to legally travel.

It states the regulations “are an instrument of international law that is legally-binding on 196 countries, including the 194 WHO Member States. … They create rights and obligations for countries, including the requirement to report public health events. The Regulations also outline the criteria to determine whether or not a particular event constitutes a ‘public health emergency of international concern.’”

It requires countries “to designate a National IHR Focal Point for communications with WHO, to establish and maintain core capacities for surveillance and response, including at designated points of entry. Additional provisions address the areas of international travel and transport such as the health documents required for international traffic.”

According to the amendments, in Article 6, when the WHO informs a country that it poses a “potential risk of a public health emergency’” it is required to hand over public health information of its citizens, including “’genetic sequence data”’ within 48 hours.

As of March 31, 2020, the U.S. gave the most money to the WHO. By July 2020, Trump formally withdrew the U.S. from the WHO. Biden reinstated U.S. membership in the WHO and led the charge to implement global health surveillance through international law.

2 thoughts on “Biden administration poised to hand over U.S. health sovereignty to WHO”