Sanders, who claims the world is in imminent danger, is planning to get $16.2 trillion in funding to help adapt to sea-level rise, and the plan calls for electricity and transportation to run on 100 percent renewable by 2030.

“The climate crisis is not only the single greatest challenge facing our country; it is also our single greatest opportunity to build a more just and equitable future, but we must act immediately,” states an overview of the program on Sanders’ campaign website. 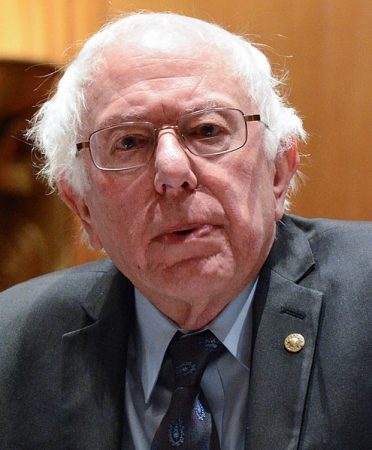 The doomsday rhetoric continues: “The scientific community is telling us in no uncertain terms that we have less than 11 years left to transform our energy system away from fossil fuels to energy efficiency and sustainable energy, if we are going to leave this planet healthy and habitable for ourselves, our children, grandchildren, and future generations.”

Similar to Vermont’s push to have 90 percent renewable by 2050, Sanders wants ambitious national goals for cutting carbon emissions by large percentages in the coming decades.

The Democratic presidential candidate also plans to have the U.S. sign back on to the Paris Climate Accords and prosecute the fossil fuel industry.

“These corporations and their executives should not get away with hiding the truth from the American people. They should also pay damages for the destruction they have knowingly caused,” Sanders’ website states.

Under a Sanders presidency, America could potentially see a “climate score” to ensure that all new legislation passed out of Washington addresses the threats of climate change.

“In order to ensure our lawmakers keep us on the right path, we will require the Congressional Budget Office to coordinate with the EPA to provide a ‘climate score’ for legislation, similar to the budget score legislation currently receives,” the website states.

Sanders also wants to make sure that all new energy production to come from green technologies such as wind power and solar power.

As far as the hefty $16.2 trillion price tag, Sanders claims the plan will pay for itself in 15 years through a combination of green energy revenues, payments from the fossil fuel industry, and tax revenue from 20 million new green jobs — jobs that may be subsidized at the expense of other job sectors.

“We will do this by coming together in a truly inclusive movement that prioritizes young people, workers, indigenous peoples, communities of color, and other historically marginalized groups to take on the fossil fuel industry and other polluters to push this over the finish line and lead the globe in solving the climate crisis,” the plan states.

The plan already has its critics. Michael Shellenberger, the founder and president of Environmental Progress, wrote on Twitter that the “$16 Trillion Green New Deal is doomed to fail & impoverish millions.”

Bernie Sanders’s $16 Trillion Green New Deal is doomed to fail & impoverish millions. How do I know? For starters, I helped create the last one.

The only Green New Deals that have worked were done with nuclear, which Bernie’s would ban, not renewables https://t.co/kT1zohbBLw