Sen. Bernie Sanders, I-Vt., on Thursday, as a chairman of the Primary Health and Retirement Security Committee, argued that differences in life expectancy among varying income and education brackets are justifications for more and bigger government.

“Here in the wealthiest nation in the history of the world, where we spend far more per capita on health care than people in other countries, the truth is that our life expectancy, how long our people live, trails behind many other industrialized countries,” he said.

Sanders added that he thinks this is the product of income inequality.

“What we have seen over the last number of years, again pre-COVID, is that this declining life expectancy is impacting lower-income and working people in a very significant way — people with less education and people who live in rural areas. In terms of life-expectancy, as it happens, the very wealthy are doing just fine,” he said. 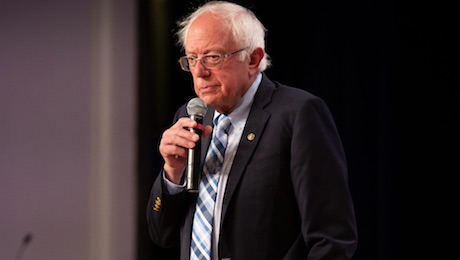 The hearing on “Addressing Disparities in Life Expectancy” was held in a subcommittee for the Health, Education, Labor, and Pensions Committee, and took testimony from various experts.

Dr. Kathleen Harris, a resident of North Carolina, was asked by Sanders how socialism might make a difference in longevity.

“Not only are we seeing a decline in life expectancy in many sectors of our society, but we have for many years lagged behind other wealthy industrialized countries,” Sanders said. “What impact would it have on life expectancy in America if all of our workers had decent wages, there was at least a livable wage, decent housing, and if we did what every other major country on earth does and provide health care as a human right? Would that, in your judgment, impact life-expectancy in the country?”

Harris said income levels have a correlation with health outcomes.

“Yes it would,” Harris said. “A lot of people look at the differences in life expectancy between the United States and our peer countries and attribute it to the racial and ethnic disparity. But, even if we eliminated that, we would still be behind. So, the cause is much deeper and broader than just racial inequality; it’s also economic inequality, poor economic conditions and the stress of living with those conditions.”

“In the report we were focused on what was causing the rise in mortality,” she said, “and there’s significant evidence showing that states that have looser gun laws and more guns have higher rates of suicide and death, as you said, especially for young adults. That is among the leading causes.”

Another factor in life expectancy addressed at the hearing was drug abuse.

Police Chief Robert MacKenzie, of Kennebunk, Maine, discussed law enforcement’s struggle with rising substance abuse, which occurred as Americans were instructed to stay home over the past year.

“Once COVID came, what we were told to do was isolate,” he said. “Now substance abuse disorder is a disease of isolation. Many people that use, they are by themselves when they use. In addition, many of the resources that had become available [to addicts] were really no longer available, especially the peer-to-peer support.”

“The in-person meetings — that would be a help. We tried to struggle through that and be creative and maybe do some meetings through Zoom, and other platforms, but one of the issues is that many people who utilize substances do not have the resources or the ability to go online. It’s not that easy for them.”

Dr. William E. Cooke, from Indiana, also testified that not everyone is enjoying the same health care access.

“As the Surgeon General’s report on Community Health and Economic Prosperity indicates, our nation is at a health disadvantage due to inequitable access to vital community conditions that shape health and wellbeing,” he said.