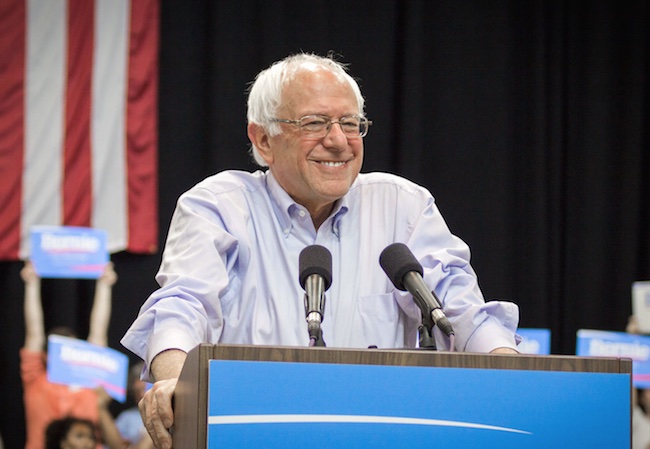 Sanders’ proposal would divide the U.S. into 12 districts that would take work proposals from city, state, and American Indian tribal governments and then pass them to the Department of Labor for final approval.

Vermont Independent Sen. Bernie Sanders has a new plan to give a job, with $15 an hour minimum wage and health care benefits, to anyone “who wants or needs one.”

The job guarantee plan is missing some details, like how to pay for it, but Sanders has joined with Democrats in pushing proposals to make sure anyone who needs a job has an option to work on important public jobs like infrastructure, care giving, education or environmental projects, The Washington Post reported.

Sanders’ proposal would divide the U.S. into 12 districts that would take work proposals from city, state, and American Indian tribal governments and then pass them to the Department of Labor for final approval, The Post reported. The team hasn’t done a cost estimate for the plan or fully worked out how the program would be funded, a spokesman for his office told The Post.

Anyone would be entitled to a job, or for job training, on one of the approved projects in their region, according to a draft of the plan. In cases where a worker fails to comply with the terms of employment, the plan suggests creating a “Division of Progress Investigation” under the Department of Labor to “take disciplinary action if needed.”

Unemployment rates continue to fall in most places around the country, but several Democrats — particularly likely 2020 presidential candidates — have voiced support for a jobs guarantee in recent weeks. New Jersey Democratic Sen. Cory Booker announced The Federal Jobs Guarantee Development Act Friday, which would authorize and fund the creation of a 3-year pilot program for 15 districts that would provide jobs with a $15 minimum wage and benefits to any resident who needed one.

Democratic Sen. Kirsten Gillibrand of California called for a jobs guarantee program earlier in April. “If Republicans could give $1.5 trillion in tax cuts to corporations and the wealthiest among us, why can’t we invest a similar amount in a guaranteed jobs plan for regular Americans who are unemployed and willing to work to better their local community?” Gillibrand said in a tweet.

The glut of job guarantee plans signals a move away from the Democratic platform of recent years that valued public-private partnerships and incentives for industries. Instead, the party appears to be leaning toward proposals that push federally funded and managed employment options.