This article by Jim Therrien originally appeared June 11 in the Bennington Banner.

BENNINGTON — With Bennington close to hiring a consultant to review Bennington Police Department policies and practices, some residents are calling for greater transparency and the creation of a police oversight board.

Logan Snow, who spoke to the Select Board Monday, raised questions about the pending study and urged complete transparency about the report based on the review. 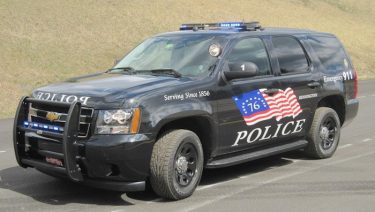 Police Chief Paul Doucette has maintained that the department thoroughly investigated all of the complaints involving harassment or threats that were reported by Morris. He said police, as well as the State’s Attorney’s Office, did not find enough evidence to press criminal charges.

Snow said she represented a group of residents who have been meeting to talk about “concerns over the transparency and lack of oversight for the Bennington Police Department.”

She said they believe the department “has been operated without oversight for too long, and this has created an environment of distrust,” adding that information about the department typically goes to the Select Board but “citizens are given minimal chance to weigh in.”

Currently, the board is awaiting responses to a request for proposals to conduct a review of the BPD, with study proposals due by June 14. Such a review was approved by the board after Attorney General T.J. Donovan recommended one by an independent entity for the department amid criticism from civil rights groups and the American Civil Liberties Union.