To all demanding legislation against gun violence: you are not alone in your concerns. My wife is a teacher and every work day brings yet another opportunity for some disgruntled parent or alienated/depressed/psychotic student to cause mayhem in her school. I am fully cognizant that such people exist here. But the cry to “DO SOMETHING!” should not result in solutions that fail to address the mentally deranged mind behind the trigger. 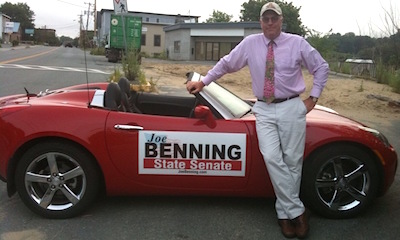 I’ve heard from many Vermonters demanding universal background checks, yet virtually every mass shooting we’ve had in this country has involved a shooter who passed a background check. This includes the Nevada concert shooter, the Florida school shooter, the South Carolina church shooter, and the Vermont teenager who thankfully was intercepted. Vermont also had Jody Herring, who killed three family members and a social worker with a hunting rifle she stole from someone else. Universal background checks do little to curtail the slaughter we are seeing.

But universal background checks will suddenly require tens of thousands of law-abiding Vermonters to pay money to demonstrate that they are entitled to what is explicitly listed as a constitutional right. This alienates those who rightfully see such attempts as an incremental erosion of a right they cherish.

I’ve also heard from many demanding specific weapons bans. But mass killings in this country have involved airliners, cooking pots, a truck full of fertilizer, pistols, hunting rifles, “military style” weapons and even a semi-truck. Legislation designed to restrict a given inanimate object may leave some feeling temporarily like they have “done something,” but constantly trying to legislate against a future killers’ weapon of choice with after-the-fact legislation is a race we cannot win. And gun owners rightfully react to such gun legislation as an incremental step toward eventual elimination of their constitutional right. We need to get to the root of the problem.

Polarizing debate and passionate finger pointing only divert us from addressing the root of the problem. But I too believe there is “something” that should be done. In the short term the interception of the teenager here in Vermont gives me hope that we can find common ground. Within constitutional parameters, we must give police the tools they need to intercede when a person has: a.) made clear their intent to cause harm and b.) taken steps to carry out that intent. It worked in Fair Haven and will work everywhere else if all of us learn to recognize threats and step forward to say so. This, to me, is common sense that makes sense, and that has a greater probability of actually solving the immediate problem.

Long term prevention requires us to discuss a much harder systemic issue. Our schools are no longer just educational institutions in the traditional sense. We have teachers teaching today who started in community supported one room school houses, who are suddenly practicing lock-down drills while worrying about how one of their students may become the reason those drills are necessary. Teachers are uniquely positioned to identify, and provide intervention for, children at risk of becoming a danger to society. If we expect them to teach and also struggle with the weight of society’s ills, then we must provide them appropriate support, assistance and protection when they alert us to obvious signs of trouble. This discussion must continue in earnest.