In the race to be Vermont’s next lieutenant governor, David Zuckerman and Joe Benning met earlier this month for another debate before voters make their choice on Nov. 8. The two candidates differed on topics ranging from housing and Act 250 to guns.

The first subject of the evening was how each candidate would work to fix housing shortages.

Benning, a Republican state senator representing Caledonia, went first in this final debate of the VTDigger debate series, and said he is against a new government registry on rental properties in the state.

“I would say there is a place for public/private partnership but I oppose that registry because I don’t believe it’s appropriate for the state of Vermont to take over people’s property,” he said. “And when you establish a registry there’s only one reason that you are doing that, you are looking to have as much as you can have on what is out there from a private perspective and then you obviously bring something kind of regulation to get that to where you want it to be.” 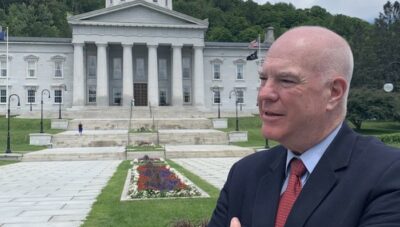 “It’s not the function of government to provide housing stock, that’s the function of private persons,” he added, noting most public housing does not currently have public funding going into it.

Benning also said he worked with the governor’s office to secure $90 million for housing. However, not enough new projects are currently ready to start. “Our current predicament is we don’t have shovel-ready projects ready to go,” he said.

Zuckerman, a Democrat, said that Sen. Patrick Leahy, D-Vt., is largely responsible for helping the state obtain the $90 million from the federal government that Benning had mentioned. He also suggested the government can have more roles in housing regulation.

“If it’s public dollars, I do think there is a reasonable expectation that there be limits on some of the potential price increases,” Zuckerman said. “If it’s affordable housing will it be perpetually affordable?”

He said he supports a statewide rental registry and he does not see it as government overreach. 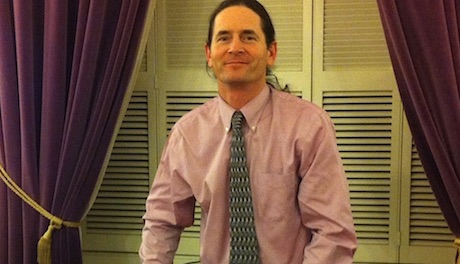 “I have a rental property, it’s registered with the city of Burlington,” he said. “We are inspected every few years to make sure that it is safe for the occupants. It is not the city taking over my property or telling me what to do.”

Zuckerman added that having a registry would help the state make better plans for the future in regard to new developments.

Each candidate was asked whether they favor policies that encourage sprawling development or village centers. Zuckerman said that developing village centers will spur the local economy.

“The state could both support infrastructure investments, sewer, and water lines to help encourage development in those town and village centers,” he said. “That would reduce sprawl, that would rebuild our small, rural communities, potentially increasing the number of people living in areas that have the country store be able to thrive, or a hardware store or a small mechanic shop.”

According to Zuckerman, Act 250, the state’s land use law that many critics believe is too burdensome, is the reason Vermont has maintained its rural character over the years.

Benning agreed that Act 250 has served a role in maintaining Vermont’s character. However, he said that doesn’t mean there isn’t room for reform.

“There have been impediments placed in front of developers who have become very frustrated as a result and have been begging us to make simple changes that might enable them to better serve Vermonters,” he said.

“One is at the front end — how does a developer know and understand whether or not a given project will meet the Act 250 criteria,” he said. ” … The other is at the back end and, frankly, the people that I have talked to have found this to be the worst part of it. When an Act 250 permit is granted and then appealed, the appellate process can last for many months if not years … and the expense to developers is extremely high.”

On health care, Zuckerman is open to the idea of looking into a single-payer model as had been previously considered in the past. In contrast, Benning suggested a one-payer model for a single state could be too costly.

When debating proposals to have state requirements for keeping guns locked away, Benning said such policies put many thousands of Vermonters at risk during a crisis — and police are often up to a half hour away when danger strikes. Zuckerman proposed state funding for professional-grade gun lockers; he’s also for increased waiting periods for purchases through background checks.

Each candidate weighed in on the Randolph High School controversy, where a transgender student identifying as female was using the girls’ locker room. Both candidates agreed that the students involved are not getting enough say in the public debate, and each pledged to continue to engage young people on all different matters.