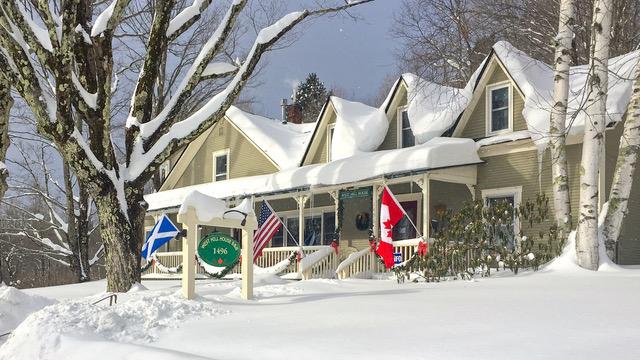 LIMITED AVAILABILITY: The West Hill House B&B in Warren, Vermont, has done well over the years, but this year it serves limited capacity.

A bed and breakfast owner says his business recently closed down for the second time this year, not because of new government mandates, but because of the information shared during the governor’s twice-a-week coronavirus press conferences.

As state mandates continue to force businesses to close or limit capacity, the Bed and Breakfast industry is losing most of its income and relying on a mix of taxpayer funds and personal savings to survive.

Peter and Susan MacLaren are the joint owners of the West Hill House B&B in Warren. The successful operation has excellent online reviews. Peter told True North by phone that he regularly listens to the governor’s coronavirus press briefings.

“We follow his press conferences religiously every Tuesday and Friday,” he said. “About two weeks ago Essex was starting to look pretty dim again, so we decided just to close again completely until Dec. 18.” 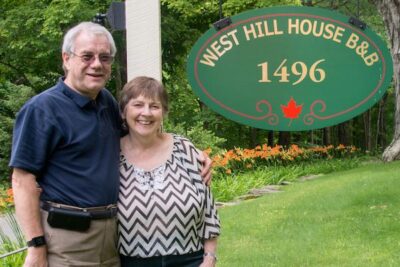 This year the couple has lost two-thirds of their typical business volume while operational. That does not include the loss of business traffic when the B&B was closed for almost three months earlier in the year.

“Looking back, we were required to be closed from March 15 to June 15 — 100 percent. And we chose to reopen on July 3,” Peter MacLaren said. “And since then we’ve had probably about a third of our normal year’s guests — so a dramatic impact on our business.”

Vermont has a low number of deaths from the coronavirus — only 100 of the nation’s more than 300,000 fatalities, as of Tuesday. The vast majority of COVID-19 victims are elderly with multiple health conditions. Death certificate data for the first 58 Vermonters who died this year from COVID-19 show that victims averaged 77 years of age and had medical conditions ranging from diabetes and heart disease to obesity.

Vermont’s COVID-19 statistics are in line with typical flu seasons of recent years. During the one-year period ending Sept. 28, 2019, Vermont had 34 influenza deaths and 291 pneumonia deaths. State statistics are kept by the National Center for Health Statistics Mortality Surveillance System.

In his media briefings, Vermont’s governor tends to focus on coronavirus cases, not deaths. The state counted 5,923 total cases as of Tuesday. However, according to a report in the New York Times, a study on the PCR coronavirus test found that nine out of 10 positive cases don’t have symptoms or the ability to spread the virus.

Another recent study from Wuhan, China, identified 300 asymptomatic coronavirus cases and then monitored 1,174 of their close contacts. The study confirmed that none of those contacts contracted the virus.

Even so, Vermont requires that out of state travelers must quarantine for either one week with a negative test or two weeks without a test.

“Some people are able to do that and some are not,” Peter MacLaren said.

The B&B must perform extra cleaning, and groups are not allowed to mingle. Customers must wear masks when not in their rooms, and the inn has been limited to offering five of its nine guest rooms.

On the financial side, West Hill House B&B has relied on a combination of personal savings and federal money to survive, including the PPP federal program, which covers expenses for the early months since the virus. Federal CARES Act funds also have helped cover losses through August.

“So those programs have been critical to avoid us going insolvent,” MacLaren said. “In addition, we have had to borrow some more money as well.”

Despite all the economic hardship, MacLaren still supports the governor.

“We are very supportive of all the steps that Vermont is taking to make all of us in the state as safe as possible,” he said. ” … We will follow whatever they believe is best.”

He said the governor is aware of the economic impact his decisions are causing.

“It’s very clear that the administration and Vermont, from the governor on, recognizes the very severe economic impact and are doing everything they can to mitigate it,” MacLaren said.