We always knew that liberals considered federalizing control over elections to be an important priority. We just never dreamed it was more important than fighting the coronavirus pandemic or preserving American jobs.

For years, both of us have testified before Congress about progressive designs to take over control from state election officials. Progressives long for federal mandates over how we vote, when we vote, and who gets to collect absentee ballots.

When Democrats took control of the House after the 2018 election, one of the many bad ideas they crammed into HR 1, the very first bill out of the chute, included “reforms” that would help Washington micromanage all elections. 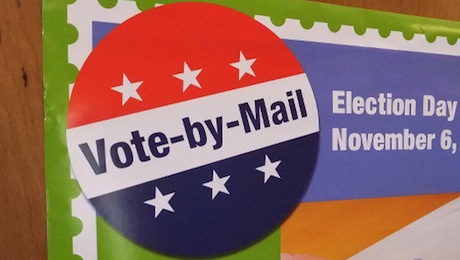 Voting by mail is the single worst form of election possible. It moves the entire election beyond the oversight of election officials and into places where the most vulnerable can be exploited by political operatives.

Those reforms that will make it easier to manipulate election outcomes and commit fraud — mandatory early voting, mail ballots, and same-day registration, as well as legalization of ballot harvesting — are now back in play, as part of House Speaker Nancy Pelosi’s massive $2.5 trillion coronavirus bill.

This bid to “never let a serious crisis go to waste” is both cynical and tragic.

For example, Pelosi’s coronavirus plan includes mandatory voting by mail. That means the next president would be determined by ballots that have been marked behind closed doors by who knows who, perhaps collected and dropped in the mail (or not) by another who knows who, and then swiftly processed by the U.S. Postal Service, the same organization that routinely delivers us our neighbor’s mail.

When both of us were at the Justice Department, we worked on a case in Noxubee County, Mississippi, where systematic voter fraud was being conducted by a local Democratic Party political machine.

A central component of this fraud was mail ballots. Notaries paid by the machine would roam the county, plucking ballots from mailboxes and voting the ballots in place of the intended voter.

Voting by mail is the single worst form of election possible. It moves the entire election beyond the oversight of election officials and into places where the most vulnerable can be exploited by political operatives.

Worse, it sends ballots out to people who no longer are alive or no longer live at the registration address on record. Not every new tenant will toss the ballot into the garbage. Not every relative will resist the temptation to vote in the name of a deceased family member.

Pelosi’s plan would smash key safeguards to clean elections. Not only would the bill bar states from requiring notarization or witness signatures on absentee ballots, it would ban any type of ID requirement.

Moreover, it would require states to allow completed absentee ballots to be picked up by candidates, political consultants, and party activists (ballot harvesting).

Additionally, the bill would force states to start processing and scanning ballots 14 days prior to Election Day—before everyone has finished voting. Imagine how that “early voting” information, leaked to candidates and the press, could be used to manipulate election outcomes.

Pelosi’s bill also would require states to allow online voter registration and online requests for absentee ballots over an internet ripe with cybercrime, where billions of dollars of fraud occurs every year.

States would be forced to allow same-day registration—the ability to register and vote at the same time on Election Day—providing no time for election officials to verify the accuracy and validity of the voter registration.

The list of bad changes in her bill just goes on and on.

Other options exist to protect voters at the polls in November. For starters, we don’t even know if the coronavirus still will be a critical problem in November. If it is, Lysol wipes, masks, and good hygiene may be a better option than federal vote-by-mail mandates.

In any event, state laws already allow absentee ballots if we need them for the general election. There is no reason to impose a federal mandate on top of that, especially one that voids the safeguards states have in place to try to ensure the integrity and security of the absentee balloting process.

Pelosi’s plan also includes 15 days of mandatory early voting, which makes no sense when we are supposed to be practicing social distancing. This federal mandate would fundamentally transform how we conduct elections, which is no doubt why she suggested it.

Early voting produces other problems. For starters, studies have shown that early voting actually hurts turnout. And what about if you vote early and then, just before Election Day, you learn information relevant to your choice? It is too late to change your vote.

If states want early voting, they have the power to decide that under our Constitution, as many of them already have. The Founders wanted decentralized elections because they protect individual liberty. That’s the beauty of our system. States adapt solutions to fit the needs of their particular states.

America faces a health crisis of the sort it hasn’t faced since 1918. Cynical partisanship is the wrong response to that crisis.

Coronavirus legislation should focus on preserving American jobs, fighting the virus, and empowering health care providers, not federalizing control over elections and weakening the integrity of the process for political gain.