Every year, the Office of the Inspector General (OIG) audits the Social Security Administration (SSA) and publishes its findings.

Fiscal audits dating to 1997 are available online. They reveal decades of waste and fraud within the system. Every year, audits target different samplings of states and groups, including the number of recipients both dead and alive, who are seniors, felons or the disabled, collecting benefits.

This month’s report found that the SSA issued $11.6 million in payments to a sampling of 149 beneficiaries and 4 representative payees who died in Puerto Rico from January 1992 through December 2016. 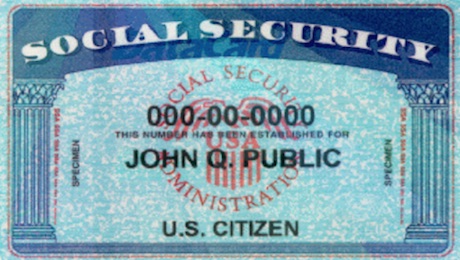 A May 2017 report of a national sampling uncovered $20 million in improper payments made to 678 beneficiaries who were verified as deceased as of April 2017. The deceased were still receiving payments for 9 to 206 months after their dates of death were recorded in the SSA system.

That year, the agency recovered $3.4 billion in overpayments, which cost 7 cents for every dollar to recover funds, and closed the year with $18.5 billion in uncollected payments.

In a 2013 audit, the OIG determined that the SSA had issued $31 million in improper payments to 2,475 beneficiaries although it had received notification they were deceased.

In a 2009 audit, the OIG determined that the SSA had issued $40 million in improper payments to more than 6,000 beneficiaries although it had received notification they were deceased.

Since 2011, Sen. Rand Paul, R-Kentucky, has introduced legislation to reform Social Security. Groups like the Heritage Foundation, the Brookings Institution, and others have also proposed ways to reform the program.

“This bill ensures that a teacher who spends his or her summers working a second job or a police officer who changes careers after years of service will not face a possible 40 percent reduction in their Social Security benefits,” Davis said.

Neither bills address the problems associated with the deceased receiving Social Security benefits.

And Social Security’s costs will exceed its income by 2020, according to an updated forecast published by the program’s trustees earlier this year.

The Social Security Trust Fund will be fully depleted by 2035, according the estimate. When that occurs, it has been projected that an across-the-board cut of 20 percent to all beneficiaries will need to be implemented.

7 thoughts on “Audit: Dead people have been collecting billions from Social Security as it goes bankrupt”