A landlord tells True North Reports that the current lockdown-economy, and the rules that come with it, are hindering landlords’ ability to collect rent and maintain their properties.

As announced last month, the U.S. Department of Agriculture is extending its foreclosure and eviction moratorium for its Single-Family Housing Direct Loan Program through June. The development comes as restrictions on the economy are putting tenants out of work, making it hard for them to pay monthly rent.

“I’ve got several tenants that can’t or won’t pay the rent — they get behind and, you know, you try to work with them but it’s difficult,” Lawrence Hamel, a former Vermont House Caledonia-2 candidate, told True North in a recent interview.

Hamel is the current owner of two buildings on Mainstreet in Hardwick, both from the 1870s. He said that rent can be difficult to collect. 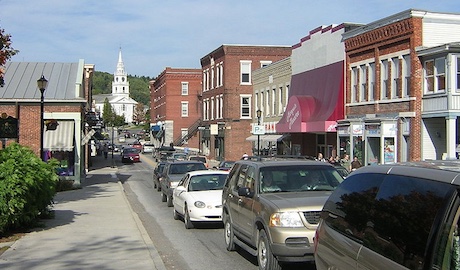 TOO MUCH COST TO LIVE?: Vermonters struggle to pay rent during the current economic crisis, and that has landlords scrambling to keep up with bills.

He said even some of his commercial tenants are having trouble.

“I’ve had people have to leave, or they get behind in the rent because they can’t see patients or clients or they can’t do their work,” Hamel said.

Some aid has come from Vermont. In July 2020, the Vermont State Housing Authority and Vermont Housing Finance Agency put $25 million of federal coronavirus money into assistance for landlords.

Tyler Maas, program manager for the Vermont State Housing Authority, said the state is aware of the cascading effect and is trying to help property owners.

“We got out about $22 million in back rent assistance to landlords in Vermont,” he said. “We assisted about 2,000 landlords.”

Maas said it’s difficult to make them whole again, but they do the best they can.

“We were able to make many of them whole. There were certain guidelines we had a follow due to funding, but many landlords were made whole on the back,” he said. “Some required more documentation, and if everything was provided in order then we were able to make the payments.”

For the moment, they are in between programs. The state has received federal funds for another program, but is waiting on additional guidance from the U.S. Treasury on how it should be used.

There has been a moratorium on evictions and foreclosures in Vermont since the early months of the lockdowns. The moratoriums were provisions of the federal CARES Act, the Vermont Judiciary’s Emergency Rules, and a state law S.333.

The CARES Act prevented foreclosures on any federally backed mortgages since March 18, 2020, but this protection has recently expired. Other protections continue, including Fannie Mae and Freddie Mac extended the eviction bans. The Federal Housing Authority and Veterans Affairs extended their bans to at least March 31.

Ultimately, Vermont’s S.333 freezes all foreclosures of an occupied residence since May 14, 2020, or until the government puts a formal end to the declared State of Emergency plus another 30 days.

Hamel hasn’t had much luck with his most recent eviction attempt: “I started an eviction last March, and they kicked in this moratorium, and I had already paid my attorney a retainer, and nothing has happened.”

Hamel said how the systems for public assistance are currently overloaded.

“It’s a long and difficult process to deal with the government on this level, and if you are not computer savvy or don’t have access to a computer, you don’t have a chance,” Hamel said. “All this stuff has to happen online — there is nobody out there you can call to help you, they are overwhelmed. Everybody is.”

Scott for his part has said his administration is continuing to look for ways to help both tenants and landlords.

Hamel does not think that lawmakers are doing enough for landlords.

“According to the legislature, landlords have plenty of money,” he said.

5 thoughts on “As eviction moratoriums continue to expand, landlords are left holding the bill”