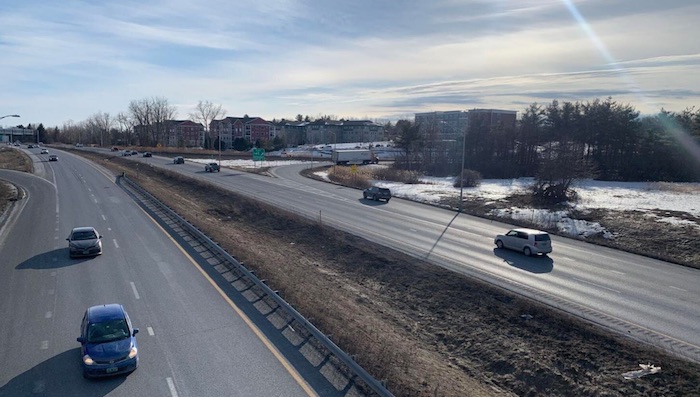 A view of Interstate 89 northbound and southbound. The Chittenden County I-89 2050 Study will plan for minor and major improvements to Exits 11-17.

The Chittenden County Regional Planning Commission (CCRPC) is pouring almost $1 million into a study that is about halfway done, devoted to examining how to better design the Interstate 89 corridor through Chittenden County.

The Chittenden County I-89 2050 Study will plan for minor and major improvements to Exits 11-17. What those improvements will specifically look like is not yet known, but they will aim to enhance safety for pedestrians and bicyclists, reduce congestion and maintain the state’s energy and climate goals.

Congestion on I-89 and safety issues have been a concern for a long time, as is cited in a similar study that was conducted in 1997.

The 1997 study looked at safety concerns including accident frequency and driver behavior. It determined that the vast majority of car crashes — 223 out of 269 — on I-89 are due to driver behavior rather than poorly designed roads.

Exits 15 and 17 were the only exits classified as “High Accident Locations” meaning they had higher accident rates than the statewide average.

Charlie Baker, the executive director of CCRPC, stated in a Feb. 3 press release that I-89 is an essential component of the state’s overall transportation system.

“It is a critical access route to the rest of the state,” he stated. “It is also a major public safety route, as our largest medical center is located directly off Exit 14.”

Baker said this is about 12% of the $5 million CCRPC invests in municipal, partner and regional transportation projects, including direct investments in consultants or partners.

Eleni Churchill, transportation program manager for CCRPC, stated some of the reasons the study is costing more than expected include added panels and consultants, additional analysis and the need for more design options.

The Unified Planning Work Program (UPWP) is a part of CCRPC that funds transportation consultant projects. Chittenden County towns apply for this money to execute projects.

Richard Watts, the co-founder of Sustainable Transportation Vermont, believes the budget for the I-89 2050 Study is coming from this pocket of money which is a total of about $1.25 million.

Watts argues that these new cost increases for the I-89 study are taking away from funding other projects in the UPWP. 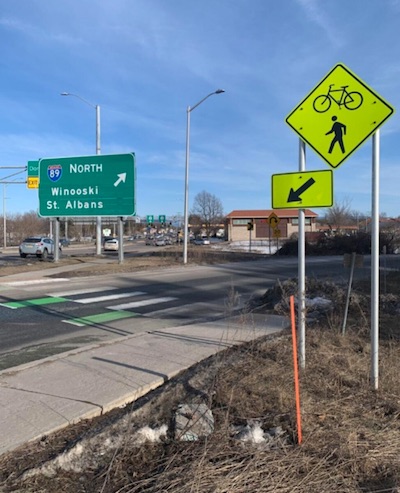 The entrance to I-89 North in Burlington. The Chittenden County I-89 2050 Study aims to enhance safety for pedestrians and bicyclists, reduce congestion and maintain the state’s energy and climate goals.

“There were a number of [projects] that municipalities weren’t ready to start or were taking longer, so we’re deferring a handful of them,” Baker said during the Jan. 20 monthly CCRPC Commision meeting and public forum.

He estimated CCRPC was putting on hold about five projects in order to fund the I-89 2050 Study. Municipalities were okay with these deferments, he said.

He believes the study will perpetuate car dependency.

“Rather than use these models to predict the future, let’s design the future we want, which is a future that has people driving less,” Watts said.

Along with Watts, Burlington City Councilor Jack Hanson also believes the I-89 project is moving in the wrong direction.

“They’re planning for a world that doesn’t change that quickly instead of investing the money in making those changes,” Hanson said.

Hanson wants to see this money being invested in things like incentives for people to use alternative modes of transportation on their commute to work. Hanson works at Sustainable Transportation Vermont and has created a program that incentivizes people to change their commuting habits.

“We’ve run this program for the last two years, with a much smaller budget and smaller [scale],” Hanson said. “But we’ve been able to successfully get dozens of UVM employees who previously were driving alone every single day, many of them might have been using these very exits that we’re talking about and maybe they experience a little bit of traffic at those exits in their commute, but for one reason or another, and through incentives and through alternatives, we were able to get dozens of them to actually switch their commuting habits.”

Already halfway through the study, CCRPC directors are having to defend its validity. Baker emphasized that housing density and settlement patterns affect the need for public transit.

“If we don’t get denser, if we get a more sprawling land use pattern, it gets much more difficult to serve with other modes of transportation besides driving,” Baker said.

Hanson and Watts understand that this project makes sense for the present and that there are positive investments in public safety and sustainability, but both feel this study remains a car-centered project. Hanson thinks CCRPC has not proven otherwise.

“We know Exit 14 doesn’t work great, it doesn’t really work great for anybody,” he said. “So, we’re really trying to find solutions that work better and this is a good time to do it. There’s no reason to delay it, and frankly, I think we’d be missing an opportunity if we did.”

The I-89 2050 Study is expected to be completed by November. At that time, an actionable plan for the Chittenden County corridor will be presented, and the public will have the opportunity to provide feedback.