A new survey conducted by the personal finance website WalletHub found that Vermont ranks 49th when it comes to best places to live for U.S. veterans.

For most veterans, where one chooses to retire may be an important factor in one’s overall quality of life. In particular, geography may determine the effectiveness of medical care. 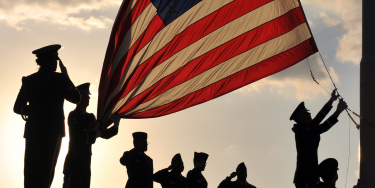 While Vermont’s overall WalletHub ranking, which is second from last, appears discouraging, there are glimmers of hope for North Country veterans: Vermont’s health care services for veterans was ranked 31 out of 50.

Among the deciding “quality of life” factors for all veterans are health care services as provided by the Veterans Administration. Recent data indicates that there are 19.6 million veterans now living in the United States.

According to WalletHub spokesperson Diana Polk, the publication compared 100 U.S. cities across 18 indicators of livability, affordability and “veteran-friendliness” to help vets find the best locations in which to live. Indicators range from veteran income growth and nearby VA medical centers to the availability of jobs that require skills used in military service.

“These veterans often face a host of challenges when re-entering civilian life. Despite Uncle Sam’s promises to provide health care as well as housing, employment and educational assistance upon their return from service, some cannot secure health care, jobs or shelter,” she said.

While Vermont’s overall WalletHub ranking, which is second from last, appears discouraging, there are glimmers of hope for North Country veterans: Vermont’s health care services for veterans was ranked 31 out of 50 — just under the midway mark among states.

The 74-bed, acute-care capable White River Junction VA Medical Center (WRJ), located along the Connecticut River across from New Hampshire, serves multi-aged veterans living on either side of the river, in both Vermont and New Hampshire. The hospital is recognized for its affiliations with the Dartmouth Geisel School of Medicine and the University of Vermont College of Medicine.

The center is noted by the medical profession for its Nursing Academic Partnership program. According to VA nurse Eileen Murphy, WRJ’s Graduate Education program is a partnership between the University of Vermont College of Nursing and Health Sciences. The primary care nurse practitioner residency is an innovative 12-month program at the VA center in White River Junction.

Another indicator of how well veterans are served in Vermont, at least when it comes to health care, comes from the annual Strategic Analytics for Improvement and Learning report, or VA SAIL.

A former U.S. Army reconnaissance pilot, Edwards recently relocated from Vermont to North Carolina due to cost of living expenses. He remains interested in veterans health care issues in Vermont and has followed various VA ranking studies over the years, including the SAIL report as well as those by data collectors such as WalletHub.

Edwards has been hospitalized in both Vermont and North Carolina for treatment related to exposure to the controversial Agent Orange, a jungle-defoliant and herbicide used during the war in the 1960s and ’70s. The chemical has been linked to a variety of serious health complications among Vietnam-era veterans.

“VA medical centers vary in their strengths and weaknesses,” Edwards said. “For example, the Charles V. George VA Hospital in Asheville, North Carolina, is rated No. 1 for customer care, medical services and quality of the care while Palo Alto, California, is ranked No. 1 in funding for new treatments. … WRJ was rated No. 1, but now has slipped to No. 4 in customer care.”

Edwards nevertheless said his care there during his weeklong stay was excellent, and that his ongoing contact with the hospital between 2003 and 2009 was characterized by dependable scheduling and positive interactions with hospital staff.

“During that period the VA was caring, easy to work with. I found all those with whom I had contact wonderful,” he said.

Edwards said he now receives care from the Asheville VA hospital, which while ranked No. 1 for patient care and comfort, is comparable to the service from White River Junction.

As to be expected, other veterans have used social media to express praise or criticism of WJR’s service.

One anonymous posting on the WRJ Facebook page states: “My husband and I are both veterans. He uses WRJ while I use Edith Nourse Rogers in Bedford, Mass. We both receive outstanding care at the V.A. I’ve been a client for 25 years and have nothing but praise for the wonderful doctors, nurses and staff. I hope people will visit VoteVets.org and sign the petition opposing the privatization of the V.A. Honestly, wait times for care of any kind in the private sector can be just as bad, if not worse, than at the V.A. If you’re looking for private mental health resources in New Hampshire, you might never get seen. That’s a fact. Why in the world would any veteran prefer a voucher for private care over the excellent, comprehensive care at the V.A.?”

Another veteran posting on the Facebook page writes, “Every week I come here I have a great experience until it’s time to go to the pharmacy. Why might you ask, I will tell you, it’s because they don’t care if we are waiting over an hour and a half, or longer before you can get your prescriptions and some of them just don’t care that we have over an hour drive home. This constant inconvenience doesn’t just happen to me, there’s a bunch of people in the lobby right now sitting next to me.”

Polk says that 71 percent of VA hospitals have improved their conditions over the past year. In addition, the U.S. Court of Appeals for the Federal Circuit recently ruled that chronic pain without a clear medical diagnosis still qualifies veterans for disability benefits. This means more than 11,000 veterans will get much-needed help even though they once had been denied coverage.

One thought on “Are veterans being well served in Vermont?”