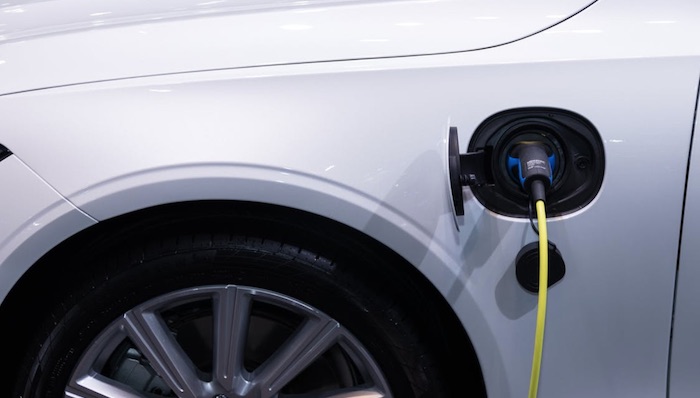 From border to border on I-80, Wyoming is a more than 400-mile trip, which an EV cannot typically make on one charge. The state would need to install at least 40 charging stations for every 1,000 vehicles, and that’s under the best conditions. A place like Wyoming, with long lonely stretches of highway, is looking at a buildout of more than 8,000 charging stations.

The state with the smallest population in the country has made a biggie-sized statement on electric vehicles. A handful of lawmakers are saying, “Keep your electric vehicles in California, thanks.”

In the Wyoming state Senate, a resolution to phase out and ban electric vehicle sales is, on the surface, a defense of the state’s economy, which is largely based on oil, gas and nearly three heads of cattle per every human in the state.

Wyoming is populated by folks who don’t usually believe in meddling in free markets. As the most Republican state in the nation, a homeland for free thinkers, oil workers and pickup-driving ranchers, SJ0004 is a resolution that seems at odds with the libertarian mindset of so many Wyomingites.

So what gives, Wyoming? Why so skeptical of electric vehicles (EVs)? Why not embrace this great new electric future?

The resolution is a public policy directive, to be sure, and a warning shot over the bow that the state doesn’t have the infrastructure for EVs and doesn’t intend to at any time soon. The text says that by 2035, no more sales of these vehicles would be allowed in the Cowboy State.

This is also a dollop of legislative theater, pushback against the environmental movement’s intent to end oil and gas production in America. The resolution is a way of getting a few inconvenient facts noticed by the public, at the state and national level. It starts a conversation about whether Wyoming would even survive as an economy if there was no market for its oil and gas.

There are but 59 charging stations in the entire state of Wyoming, which has 211,000 registered vehicles, most of them gas- or diesel-powered trucks. This is a working-class economy that does not lend itself to a Chevy Volt (charging time 4-13 hours).

From border to border on I-80, Wyoming is a more than 400-mile trip, which an EV cannot typically make on one charge. The state would need to install at least 40 charging stations for every 1,000 vehicles, and that’s under the best conditions. A place like Wyoming, with long lonely stretches of highway, is looking at a buildout of more than 8,000 charging stations.

Wyoming drivers, a smart and practical type of American, have already figured this out. There are only about 500 registered electric vehicles in the state, and none is located on a desolate stretch outside of Arminto, population five.

What the eco-dedicated lawmakers of California and New York don’t grasp is that northern states, with long stretches of wilderness and lonely highways, have another electric vehicle challenge: Battery life. The batteries in these cars drain faster when it’s cold out, and getting stranded by a dead vehicle is a life-threatening scenario in places like Wyoming, Montana, the Dakotas and Alaska.

Last year, a group of electric car enthusiasts drove to Deadhorse, Alaska, to prove that electric cars could go the distance. In advance, they sent diesel-powered trucks ahead to install portable charging stations along the Dalton Highway, so the cars could stop and recharge.

They succeeded in making the 1,000-mile journey from Fairbanks, but they also proved that the use of electric cars in the Arctic are impractical and, to Alaskans, just plain silly.

The electric vehicles made the trip in summer, but in winter, the batteries, car heaters and window defrosters would drain power at a much faster rate. Besides, no one drives the Dalton Highway in a compact sedan. This is truck country.

Also last year, the capital city of Alaska decided to buy an all-electric bus. The bus never was able to go the distance and is considered by some to be a boondoggle in this small city that has some of the mildest winter weather in Alaska.

Juneau’s electric bus was promoted as capable of going 210 miles before needing a charge, enough to get through a 10-hour shift. But even in the mild summer weather — in the 50s and 60s — it only made it 170 miles. In winter, the bus could not even go 100 miles without needing more juice.

Wyoming’s climate is unforgiving. The disposal of these problematic cars is a landfill nightmare. The minerals needed to build them come from China. The senators know that.

Environmentalists aren’t interested in these inconvenient truths; for them, it’s full-speed ahead for all-electric. And so, Wyoming lawmakers have disrupted the narrative.

Looking ahead, this might even see it as a warning shot to those who might attempt to outlaw cattle ranching by regulating the state’s 1.2-million gaseous Wyoming cattle out of existence.

This EV ban isn’t Wyoming’s first, and won’t be its last rodeo with the forces working against American energy independence.

Suzanne Downing is publisher of Must Read Alaska.