A new survey has provided unique insights into what faith-based Americans have been thinking about their beliefs in the wake of COVID-19—and how they feel about state officials imposing pandemic-induced lockdowns.

The survey, facilitated by Becket, a legal organization dedicated to religious liberty, is its second annual Religious Freedom Index, which gauges people of faith and their perspectives on current events. 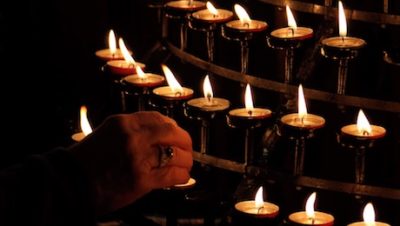 The concept of religion as an identity, rather than as an activity or hobby, must seem very foreign to many public officials, which would explains why, throughout this past year, they repeatedly treated churches like nonessential businesses, or, as in the case of some states such as Nevada, seemed to treat churches even worse.

There are many interesting insights to come out of Becket’s Religious Freedom Index, as well as a couple of surprising truths. Namely, it appears that the pandemic has forced society to realize an ugly truth: People think state officials view their religion as a “hobby,” rather than as an identity.

One of the key findings is that Americans believe “religious identity cannot be quarantined.” In other words, “Religion is part of who Americans are, not just something they do. Respondents support protections that reflect the reality of religious identity.”

Among those surveyed, 60% agree that religion is a “fundamental part of ‘who I am’ and should be protected accordingly.” This finding explains a core conflict between local and national political leaders and people of faith during the ongoing quarantine.

If more than half of all Americans believe their faith is not a hobby or activity, but a part of who they are, it follows they would not take kindly to their houses of worship being shut down as if they were bars, restaurants, or hair salons.

This certainly does not mean that religious people should get a get-out-of-lockdown-free card. However, it does provide insight as to why people of faith responded to lockdowns or restrictions on their worship abilities with reluctant obedience, lawsuits, or even total rebellion.

The concept of religion as an identity, rather than as an activity or hobby, must seem very foreign to many public officials, which would explains why, throughout this past year, they repeatedly treated churches like nonessential businesses, or, as in the case of some states such as Nevada, seemed to treat churches even worse.

While not everyone worships in America, the Religious Freedom Index found that those who do treat their faith seriously, and view it as a part of their identity, ethnicity, or even as a palliative during COVID-19.

Another portion of the index says, “Americans relied on religion to navigate the challenges of 2020, fueling continued support for religious freedom across the board.” The survey found that more than 75% said that “religion is important to providing stability to society during times of social unrest.”

The COVID-19 pandemic brought about myriad challenges for Americans, including spikes in unemployment, lockdowns, virtual school, and a rise in depression and suicide, especially among young people.

However, an April Pew Research Center study confirms what the Religious Freedom Index found; namely, that 1 in 4 said their faith has grown during the pandemic.

The Religious Freedom Index has confirmed how valuable faith is to the faithful. It’s time elected political leaders realized that.