When President Donald Trump said during a June 2017 White House speech that he was “elected to represent the citizens of Pittsburgh, not Paris,” he publicly rejected the costly, controversial international Paris climate-change accord that is part of the broader United Nations Framework Convention on Climate Change.

“The Paris Agreement handicaps the United States economy in order to win praise from the very foreign capitals and global activists that have long sought to gain wealth at our country’s expense. They don’t put America first. I do, and I always will,” Trump said last year. 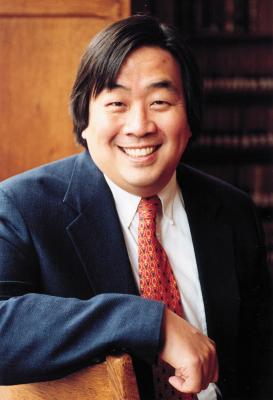 “Under the agreement, China will be able to increase … (fossil fuel) emissions by a staggering number of years — 13. They can do whatever they want for 13 years. Not us. India makes its participation contingent on receiving billions and billions and billions of dollars in foreign aid from developed countries. There are many other examples. But the bottom line is that the Paris Accord is very unfair, at the highest level, to the United States.”

While it remains unclear what it means legally to withdraw from the agreement given that the soonest the U.S. can withdraw is 2020, many Republicans and others against U.S. participation in the lopsided accord seem to agree that continuing with the U.N. effort will undermine the American economy and put the nation at a permanent disadvantage.

Uncertainty over the future of the Paris accord will be the topic of a free public lecture hosted by Vermont Law School later this week.

To address the ongoing allure of the accord on both the international level and in Vermont, Yale international law scholar Harold Hongju Koh on Thursday will present “The Future of the Paris Climate Change Agreement After Trump” in Chase Community Center on campus.

Since Trump’s withdrawal, experts have attempted to grasp the legal, environmental and economic ramifications of such a pullout. The Washington Examiner reports that sticking with the agreement “could have cost 2.7 million lost jobs by 2025.” The numbers provided from a National Economic Research Associates study include a loss of 440,000 manufacturing jobs.

But here in Vermont, environmental activists and even Republican Gov. Phil Scott have set an ambitious, go-it-alone-path as a means to force the Green Mountain State to adhere to the costly ideals of the Paris accord, despite the state’s anemic job creation efforts and an anti-business image.

According to a S&P Global Markets’ 2017 report, it would have cost the United States $5.2 trillion to comply with the Paris agreement. But that figure is based on financial estimates individual countries submitted to the U.N.

In November 2016, just days before the election of Donald Trump, the Paris Agreement came into force for 191 signatories, including the U.S.

Koh, a Democrat, served as a State Department legal advisor under former Secretary of State Hillary Clinton, having been nominated to the position by President Barack Obama. His resume also includes clerking for U.S. Supreme Court Justice Harry A. Blackmun and serving as an attorney-adviser for the U.S. Department of Justice.

On Jan. 25, Koh spoke to faculty and students at Penn State’s University Park campus regarding President Trump and the Paris accord. While he admitted not having voted for Trump, he said he expected him to nevertheless uphold the Constitution.

“His strategy could permanently change the nature of many of our country’s international relationships. So what should we do about it?” Koh said. “ … As Martin Luther King, Jr. said, the arc of history does bend toward justice, but not by itself. We are all participants, and it is our common duty.”

The free lecture is open to the press and runs from 5:30 to 7:30 p.m. Thursday, March 1 in Chase Community Center on campus. It also will be streamed live here.

2 thoughts on “After Trump withdrawal, what’s the future of the Paris climate accord in Vermont and beyond?”