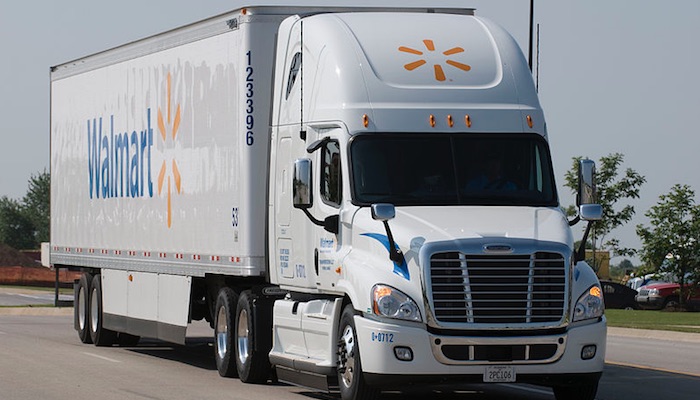 PRESSURED TO TAKE TAXPAYER MONEY: Liberal state senators in Vermont have been upset that big corporations wanted to use their own money to reward frontline essential workers this year instead of applying for taxpayer money.

Some big employers bowed to pressure this week and applied for Vermont’s hazard pay program to provide employees with checks of up to $2,000 as a bonus for working during the early months of COVID-19.

The retail giant, along with Target, Costco, Lowe’s, Home Depot and others, had their own plans for how best to reward workers. Specifically, some of the companies stated that they used their own funds, so as to allow small businesses with less resources apply for the taxpayer funded grants.

In the press release, the senators blasted the retailers’ actions as “cruel under any circumstances,” and said the grants ” are intended to thank essential workers who stayed on the job in high-risk positions in the earliest days of the COVID pandemic.”

In order to get the money from the Frontline Employees Hazard Pay Grant Program, employers have to apply on behalf of the employees. Originally, Walmart, Home Depot, Costco, Target, Dollar General, Aldi, and Dollar Tree said they would not take the taxpayer funds.

As of Wednesday, however, Walmart, Costco, Home Depot, Target, Lowe’s, CVS, Walgreens and Shaws have bowed to pressure and applied. Stores that continued to forego the taxpayer money include Dollar General, Aldi and Jiffy Mart.

CVS spokesperson Amy Thibault told True North in a statement that the company applied last week because it recognizes “the essential role CVS Health employees and other frontline workers are playing in providing critical services to Vermonters during the COVID-19 pandemic.”

As of last week, the Vermont Department of Financial Regulation overseeing the program said it has approved applications covering 7,000 Vermonters. According to the state of Vermont, the money comes from the Federal Coronavirus Relief Fund, and is administered by the Department of Financial Regulation with support from the Agency of Human Services.

The first money from this federal program began to arrive in June when $28 million was provided to workers who stayed on the job during the initial three months of the shutdown, including in healthcare and other service industries. The next step is that $30 million is being provided via grants to workers at grocery stores, retailers, and other industries if they worked at least 68 hours between March 13 and May 15. As of last Friday, Ashe said that more than $4 million in grants are still available.

Initially, Walmart refused the taxpayer funding because the company had already paid $1.1 billion in coronavirus-related bonuses to its employees this year, and said it wanted small businesses to have the funds.

Financial Regulation Department Commissioner Michael Pieciak has pushed for the big box businesses to go for the funds.

“There are not unintended consequences for them as a business, if they participate, and it’s a relatively simple process to participate, as well,” Pieciak told WCAX.

Eric Friedman, executive director of the Mad River Valley Chamber Of Commerce, said he sees both sides of the issue.

“I think I’m appreciative of the fact that the companies might be trying to allow these funds to go to different, more needy people, and the legislature is working to make the most of the federal funds that are becoming available,” he told True North in a phone interview.

“I’ve been paying very close attention to that in the recent Joint Financial Committee meeting this past weekend,” Friedman continued. “I was listening on that whole thing, and my takeaway is that they are working to try to get the money to Vermonters that need it most,” he said.

“I’m really appreciative of the fact that there isn’t a lot of political infighting, and I think the Republicans, the Democrats and the Progressives are all kind of working together and it was really heartening to see that,” he added.