Editor’s note: This is Part 4 in our Debate for Vermont Series.

The education monopoly is continuing its incessant push to consolidate and control funding. That is, after all, what the monopoly is all about — growing its business at the expense of any competition. Why, then, should anyone be surprised that costs increase while enrollments and academic performance decline? Dysfunction is the monopoly’s growth industry. 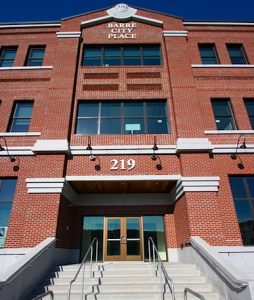 The Agency of Education in Barre, Vermont

Meanwhile, as the move toward school choice threatens the monopoly’s control, “separation of church and state” is often cited by the education monopoly’s special interest groups as justification for a purely secular, one-size-fits-all education system.

In that regard, I’m impressed with an Oct. 25 column by Star Parker, a conservative African American, on school choice and the so-called Blaine Amendment — a failed federal attempt in the late 1800s to discriminate against Catholics.

As Ms. Parker points out, 28 States have language similar to the Blaine Amendment in their respective constitutions. Ironically, Article 3, the so-called “compelled support clause” of Vermont’s constitution, has often been cited to prohibit parental use of a publicly funded voucher to attend a parochial school, despite the 2002 U.S. Supreme Court decision in Zelman v. Simmons-Harris that found parental use of publicly funded vouchers for religious schools does not violate the First Amendment.

Vermont and Maine have operated some the nation’s oldest and most radical school choice programs since the late 1860s, when free public schooling was extended into the high school years.

On March 20, 2003, in Genier v. McNulty, a federal district court action representing residents of two tuitioning towns, Rutland Town and Middletown Springs, the Institute for Justice asserted that “Vermont’s prohibitions of school choice have violated their federal constitutional rights to free speech, free exercise of religion, and equal protection of the laws as well as the Establishment Clause.”

Across Vermont and Maine, about half of the school districts use “tuitioning” for their high school students. Such districts, instead of operating a public school, pay tuition to private, independent, or neighboring public schools on behalf of parents who choose which schools they want their child to attend.

I’ve not been able to find out where the Institute for Justice lawsuit stands, and recall that it may have been dropped on a technicality. However, Vermont businessman H. Brooke Paige recently initiated a similar lawsuit that should be closely followed.

Nevertheless, Act 46 consolidation is designed to enhance the education monopoly’s control of all Vermont education spending on behalf of the special interest groups that have a stranglehold on the state’s legislature, administration and political appointees.