The Legislature started out this session with the intention of passing a mandatory $15 minimum wage in Vermont. Their assumption is that businesses can afford to absorb the added burden in their budgets with no problems. The measure seems to be hitting some snags as it appears, ironically, the state’s own budget limitations are unable to absorb the higher wage. 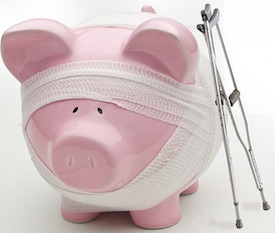 So, here is a modest proposal for an alternative: pass a law mandating that workers earning less than $15 an hour make ends meet within their household budgets at the current minimum wage of $10.78. Just mandate that they buy more food, shelter, heat, etc. with the resources they have.

What? That’s absurd, you say. How can the government force people to stretch a budget further given no new resources? If workers could simply raise their standard of living on $10.78 they would already be doing so! Well, it is absurd. But no more absurd than insisting employers buy more payroll with money they don’t have.

3 thoughts on “Roper: A modest compromise on the $15 minimum wage”