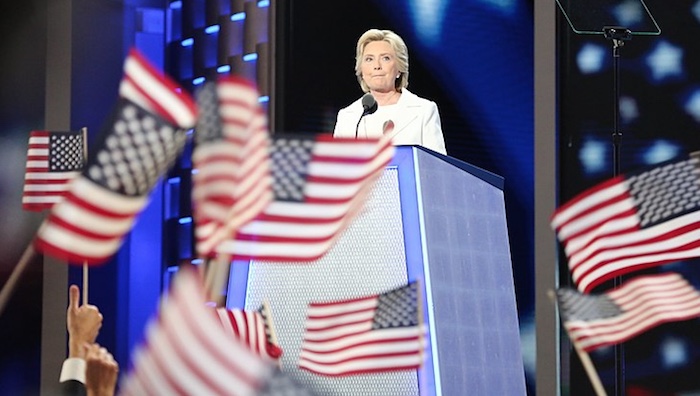 The recent court filing by special counsel John Durham alleges a Clinton-hired cybersecurity company accessed computer servers for information to establish an “inference” and “narrative” of a plot between the 2016 Trump presidential campaign and the Russian government, in order to spark a federal investigation.

Electronic political espionage that allegedly infiltrated White House computer servers “should shock everyone regardless of who controls the White House,” and the crime is punishable by up to 10 years in prison, said Hans von Spakovsky, a senior legal fellow at The Heritage Foundation.

The recent court filing by special counsel John Durham alleges that Hillary Clinton’s 2016 campaign hired a technology company to access information from computer servers used by Donald Trump’s business headquarters at Trump Tower in New York City and then, perhaps more seriously, to access servers inside the White House after Trump assumed the presidency in January 2017.

“If any of the communications that were intercepted were classified, that opens up the cyberoperatives to even more serious criminal charges,” von Spakovsky told The Daily Signal.

Durham made the filing in his case against Clinton campaign lawyer Michael Sussmann, a former federal prosecutor who is charged with lying to the FBI. Sussmann, who has pleaded not guilty, is contesting the charges.

In December 2020, then-Attorney General Bill Barr named Durham as special counsel after he already had begun investigating the matter as U.S. attorney for Connecticut.

Durham’s filing Friday alleges that Clinton campaign lawyers enlisted a technology executive’s help to assemble various corporate and university researchers, including a cybersecurity company with a government contract that was able to access White House information.

The cybersecurity company accessed computer servers for information to establish an “inference” and “narrative” of a plot between the 2016 Trump presidential campaign and the Russian government, in order to spark a federal investigation.

In his long-awaited 2019 report, then-special counsel Robert Mueller found no evidence of a conspiracy between the Trump campaign and Moscow.

The Daily Signal: Why should allegations that lawyers from the Hillary Clinton campaign paid a firm to infiltrate the servers of Trump Tower, and later the White House, matter to Americans? Should this matter to those who aren’t Trump supporters?

Hans von Spakovsky: This should matter to all Americans, regardless of their politics. Privacy in our internet communications is important to everyone and is protected by law. If these allegations are correct, not only was federal criminal law violated by this electronic espionage, but it was profoundly wrong—a political campaign using its political allies and cyberoperatives to target an opposing candidate and a sitting president, actually infiltrating the White House computer servers, something that should shock everyone regardless of who controls the White House.

The Daily Signal: Based on the information in the Durham filing, would you anticipate this leading to additional indictments in the case? How far up could this potentially go? And does it seem as though Michael Sussmann is a lower-level figure charged as a means to access information about other potential defendants?

Von Spakovsky: Under the Computer Fraud and Abuse Act (18 U.S.C. §1030), intentionally accessing a computer including “any nonpublic computer of a department or agency of the United States [which would include the White House] without authorization” can get you up to 10 years in prison. And it is a violation when someone “exceeds authorized access,” which would certainly apply to what was happening as described in Durham’s motion.

Indictments will depend on the evidence that Durham develops and whether the applicable statute of limitations has expired. We don’t know how far up this went in the Clinton campaign, although the internet executive who orchestrated this electronic spying told Durham he did it to impress “VIPs” in the Clinton campaign.

If any of the communications that were intercepted were classified, that opens up the cyberoperatives to even more serious criminal charges.

The Daily Signal: Former President Trump has called this action against him “worse than Watergate.” Better or worse is generally subjective, but both operations would appear to be a form of domestic political espionage. As a legal matter, how could this allegation of accessing servers, if true, be similar and different from Watergate?

Von Spakovsky: The burglary and wiretapping that occurred in Watergate were criminal violations of the law. The type of unauthorized access to computer systems as described by Durham is also a criminal violation of the law. If found to be true, this would be the worst political scandal since Watergate, which resulted in the downfall of a president.

But what makes it arguably worse is that 1) they infiltrated the White House, 2)  the amount of data they gathered was potentially voluminous and sensitive, and 3) the Watergate burglars were caught in the act before they could install their bugging equipment; these guys succeeded in getting the information they sought, using it to smear a president and get an extensive federal law enforcement investigation against the [Trump] administration that caused it all kinds of problems.

Von Spakovsky: The Computer Fraud and Abuse Act specifies different levels of fines and prison time for various violations of the law. This is a very serious allegation and could result in very large fines and extensive jail time, depending on the extent and breadth of violations of the statute that can be proven by the government. And as I said, if any of the communications that were intercepted were classified, that opens up the cyberoperatives to even more serious criminal charges.

The Daily Signal: Beyond the criminal case—if the allegations in the recent filing are true—could there be future civil liability issues? Could Trump or anyone else targeted in the criminal case that ensued from a false narrative credibly sue?

Von Spakovsky: The Computer Fraud and Abuse Act gives any person “who suffers damage or loss by reason of a violation” of certain provisions of the law the ability to file a civil lawsuit against the violator for compensatory damages. But the lawsuit must be filed within two years of the date the violation occurred or the violation was discovered.

There are also other potential causes of action under statutes such as 42 USC 1985, [covering] conspiracy to interfere with civil rights, which includes conspiring to prevent someone from holding public office or discharging the duties of public office.