Workers at an Amazon fulfillment center in South Carolina erupted in cheers and high fives when the news broke that Amazon is raising its minimum wage to $15 per hour.

That would unfortunately be the reality for most low-wage workers across the U.S if Congress imposed a $15 national minimum wage.

Nevertheless, Amazon made its decision as a private company, and it is worthy celebrating. Here are three reasons why it’s great news for Amazon workers and for the U.S. economy as a whole: 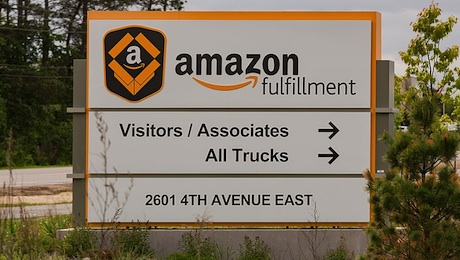 The fact that Amazon can pay all its workers at least $15 per hour highlights the company’s use of technology and innovation to make workers more productive.

1. Amazon’s move reflects a strong economy that benefits all Americans.

The fact that Amazon can pay all its workers at least $15 per hour shows that the economy is growing in ways that benefit all Americans—not just those earning below $15 per hour.

With the unemployment rate below 4 percent and more job openings available than there are people looking for jobs, the labor market is stronger than it’s been in decades. And businesses—small and large alike—are thriving on the back of the recent Tax Cuts and Jobs Act and the removal of unnecessary and harmful regulations.

Businesses are sharing that growth with workers through things like wage increases, bonuses, and new benefits such as paid family leave.

When workers take home more money, they can purchase more goods and services and save for their future. They can also invest in themselves through education and training.

In addition, higher wages can draw marginal workers—like teenagers and individuals with disabilities—into the labor force, giving them experience and opportunities they otherwise would have missed.

The fact that Amazon can pay all its workers at least $15 per hour highlights the company’s use of technology and innovation to make workers more productive.

In part, Amazon has done this through automation—using robots to replace human workers. And there’s nothing wrong with that—robots still require humans to build, operate, and service them.

In the long run, companies can’t afford to pay workers more than the value they contribute to the company, so workers who receive pay increases should celebrate both their bigger paychecks and their greater value.

While Americans should celebrate Amazon’s higher wages, here are three reasons why they should worry about a higher federal minimum wage:

1. A low-wage job is better than no job.

Economists across the political spectrum agree that even small minimum wage increases lead to job losses.

A 2016 Heritage Foundation analysis found that more than doubling the federal minimum wage from $7.25 to $15 would cause 7 million workers to lose their jobs. While lower-income areas would be the hardest hit, even high-income areas would suffer.

A government-commissioned economic analysis of the impact of implementing a $15 minimum wage in one of the richest counties in America—Montgomery County, Maryland—found that it would cause one in every three low-wage workers to lose their jobs and would result in a $1.8 billion decline in net income for low-wage workers over the next five years.

That’s why even Alan Krueger, Princeton University economist and former chair of President Barack Obama’s economic advisers, noted that a $15 national minimum wage would “risk undesirable and unintended consequences,” and said that implementing a $15 minimum wage “strikes me as a risk not worth taking.”

2. Shutting the door to opportunity.

For most workers, minimum wage jobs are stepping stones, not careers. Low-wage jobs—regardless of whether washing dishes or ringing up groceries—give workers critical experience that they can’t get in a classroom. And that experience opens doors.

Those jobs also provide the opportunity for less-advantaged teenagers to earn money to attend college or vocational training that they otherwise couldn’t afford.

Moreover, there is dignity in work, and low-wage jobs allow individuals the opportunity to overcome hurdles—like disabilities, lack of English proficiency, or a criminal record—and provide for themselves.

On the flip side, artificially high minimum wages shut workers out of jobs and opportunities, leading them to believe they have no value to society and to give up on their dreams and goals.

3. Driving out the little guy.

What works for Amazon won’t work for all businesses, especially not the small businesses that employ 70 percent of all workers in the U.S. Those small businesses don’t have a nearly $1 trillion market cap, their owners aren’t hundred-billionaires, and many of them can’t afford to pay all their workers at least $15 per hour.

But that doesn’t mean they should be driven out of business or prevented from growing.

If Amazon had to pay a $15 minimum wage when it first set up shop 24 years ago, it may not even exist today. Businesses don’t start big, and if they don’t have room to grow, they won’t start at all.

Amazon’s choice to implement a $15 minimum wage is great news, and what will be even better news is if other companies are able and choose to follow in Amazon’s footsteps.

But if policymakers prevent workers who cannot produce more than $15 an hour from holding a job, and close the doors of businesses that cannot provide $15 per hour jobs, they will end up hurting the very same people they intend to help.