“The decision of the Department of Education to issue a determination targeting transgender student athletes on the eve of Pride Month is not coincidental. It is a transparent example of their campaign against the rights and dignity of LGBTQ+ children,” Connecticut Rep. Jahana Hayes, the letter’s lead signer, said in a press release. 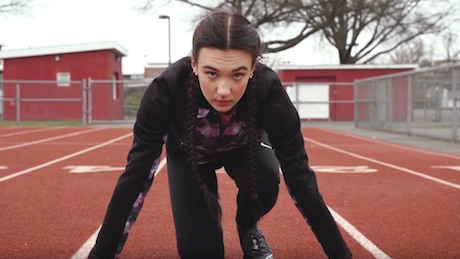 The DOE on May 15 issued a ruling stating that public schools that allow biological males into girls’ athletics are violating Title IX, which protects women’s access to education and athletics.

The Department of Justice previously backed a lawsuit filed by high school girls in Connecticut who said the liberal state’s transgender policies violated their rights.

Sports across the country are on hold due to the novel coronavirus, but biological males who identify as transgender have previously racked up accomplishments in female athletics.

Franklin Pierce University runner CeCe Telfer, for example, won an NCAA DII women’s track championship in May 2019. Telfer is a biological male who identifies as transgender.

University of Montana runner June Eastwood, a biological male who identifies as a transgender woman, was named the Big Sky Conference’s female athlete of the week in October 2019. Both Eastwood and Telfer previously competed on their university’s men’s team before switching to the women’s team.

Rachel McKinnon, a biological male who identifies as transgender, won women’s cycling world championships in both 2018 and 2019.

A piece of Democratic legislation called the Equality Act, which passed the House with unanimous support from Democrats, would require schools to allow biologically male athletes into girls’ sports, if the male athletes identify as transgender.

Former Vice President Joe Biden, the presumptive Democratic nominee, pledged to get the Equality Act passed into law within his first 100 days in office, if he wins the November election.

“Transgender equality is the civil rights issue of our time,” Biden wrote in a January tweet. “There is no room for compromise when it comes to basic human rights.”