In what could be the largest labor-related case since Janus v. AFSCME, policy groups from around the country are expressing support for a lawsuit that would prohibit forced representation from public sector unions. 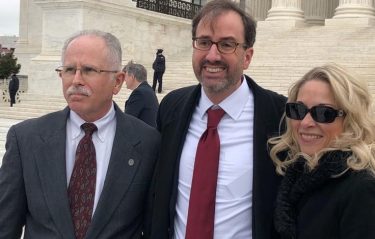 The lawsuit, litigated by the Ohio-based, free-market Buckeye Institute, received support from 21 different policy groups who filed a joint amicus brief with the U.S. Supreme Court urging the court to hear the case. If the lawsuit is successful, it would allow publicly employed individuals to negotiate their own contracts instead of having their contracts negotiated by a union against their will. Although current law now forbids unions from taking money from non-union members, the unions still have the ability to require representation from the union.

The Buckeye Institute is arguing that forced representation violates the First Amendment rights of the workers based on precedent set in Janus. In the prior case, the Supreme Court ruled that forced public-sector union dues were unconstitutional based on the First Amendment right of freedom of association. The Buckeye Institute argues that the precedent should apply not just to fees, but to any form of association with a public sector union.

The institute is representing Kathy Uradnik, a political science professor at St. Cloud University in Minnesota. She said that she does not want to be represented by the union because – as a non-member – the union negotiates contracts that go against her interest.

“The support Dr. Uradnik’s case has received from other renowned organizations demonstrates a strong concern for public employees’ First Amendment rights to choose who speaks on their behalf,” said Daniel J. Dew, a legal fellow at the The Buckeye Institute. “This is certainly an issue that the Supreme Court will have to decide, and we believe that this case is the perfect vehicle.”

Patrick Wright, vice president for legal affairs at the Mackinac Center for Public Policy, said his organization signed onto the amicus brief because the lawsuit could impact seven million public-sector workers.

“The Supreme Court in Janus already recognized that forced association is a significant impingement on First Amendment freedoms,” Wright said. “This case questions whether there is a state interest that is sufficient to overcome these constitutional concerns (sometimes matters that impinge constitutional concerns can be overcome if the state can show a good enough reason). Given what the Supreme Court stated in Janus, it seems natural that this question should arise next.”

The U.S. Supreme Court is scheduled to discuss the case on Feb. 15 and at some later date, the court will announce whether it has decided to take up the case.