By Courtney Baer and Amy Swearer | The Daily Signal

While votes still are being counted in the presidential election, one thing is perfectly clear—the stakes never have been higher for the Second Amendment.

Neither Democratic nominee Joe Biden, nor his running mate, Sen. Kamala Harris of California, believe that the Second Amendment protects an individual right to keep and bear arms. In other words, according to them, the government may restrict law-abiding citizens’ ability to possess any firearm, and for any reason. 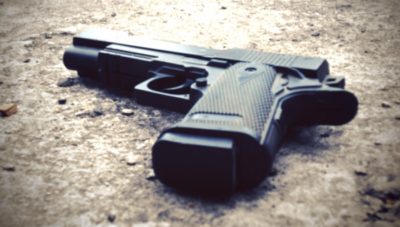 According to a 2013 report by the Centers for Disease Control and Prevention, almost every major study on the issue has found that Americans use their firearms in self-defense between 500,000 and 3 million times a year.

This is exactly what Harris argued in an amicus brief she signed onto in the foundational Second Amendment case of District of Columbia v. Heller. The filing with the Supreme Court argued that the Second Amendment does not prevent the government from issuing a complete ban on the possession of operable handguns inside the home.

It is hardly surprising, then, that as a senator Harris co-sponsored numerous bills that would strip law-abiding Americans of commonly owned semiautomatic firearms protected by the Second Amendment. She also recently said that mandatory buybacks—gun confiscation by another name—were a “good idea.”

Harris is not alone. Just last year, Biden himself told a town hall audience that he wouldn’t have come to the same conclusion as the Supreme Court majority in the Heller case.

Of course, the Supreme Court has affirmed—consistent with the first 150 years of constitutional scholarship on the issue—that the right to keep and bear arms is a fundamental, individual right. Not only is this right fundamental to our scheme of ordered liberty in a theoretical sense, but in a real and concrete way it enables countless Americans to defend their lives, liberty, and property when the government fails to do so.

According to a 2013 report by the Centers for Disease Control and Prevention, almost every major study on the issue has found that Americans use their firearms in self-defense between 500,000 and 3 million times a year. There’s good reason to believe that most of these defensive gun uses never are reported to police, much less make the local or national news.

For this reason, The Daily Signal each month publishes an article highlighting some of the previous month’s many news stories on defensive gun use that you may have missed—or that might not have made it to the national spotlight in the first place. (Read accounts from 2019 and so far in 2020 here.)

The examples below represent only a small portion of the news stories on defensive gun use that we found in October. You may explore more examples by using The Heritage Foundation’s interactive Defensive Gun Use Database.

These examples of defensive gun use last month help demonstrate just how badly the Biden-Harris team misses the mark when it comes to the Second Amendment.

The right to keep and bear arms often becomes a matter of life and death for law-abiding Americans.

We are rendered less safe—and our rights less secure—when politicians make it harder for us to acquire and possess the firearms with which we can most capably defend our rights and liberties.

Unlike Joe Biden and Kamala Harris, the rest of us don’t get full-time armed security teams courtesy of American taxpayers. Many times, we don’t even have the benefit of police who arrive in time to protect us.

We only have ourselves, and our right to keep and bear arms.

5 thoughts on “11 defensive uses of guns that reveal ignorance of Biden, Harris on Second Amendment”