Wilton has distinguished herself as a member of the Vermont State Senate, where she championed the needs of farmers, and as Rutland city treasurer, where she got the city’s long-neglected books in financial order while ruffling more than a few Democrat feathers with her vocal concerns about the city’s shadowy refugee settlement program last year. 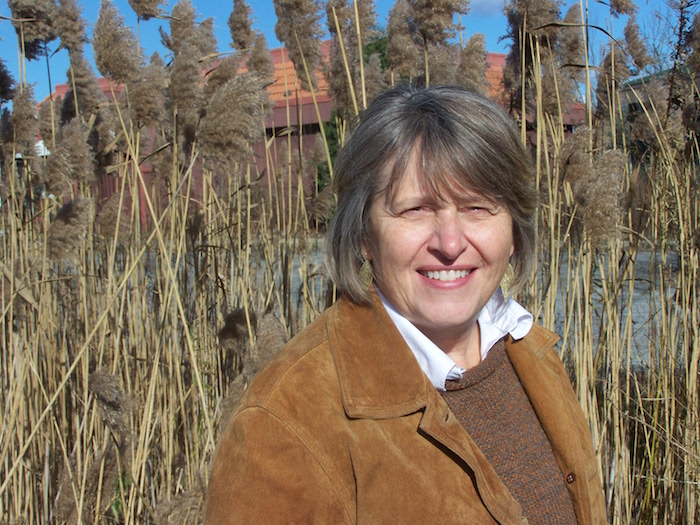 Wendy Wilton, a former state senator and Rutland City treasurer was appointed by President Trump to head up the U.S. Farm Service Agency in Vermont.

Five years ago, Wilton ran unsuccessfully in a close race for Vermont treasurer, but she moved on quickly from the loss to Democrat State Treasurer Beth Pearce. Perhaps most importantly, Wilton’s tenure as state senator left a mark in Montpelier, where she served on the education, judiciary and agriculture standing committees.

Considering her academic achievements and successful background in finance, chemistry and agriculture, Wilton’s experience in state and local politics has helped prepared her for the less overtly political role of FSA head, despite being appointed by Trump.

When Wilton received official word last month from U.S. Secretary of Agriculture Sonny Perdue that she was appointed director of the FSA in Vermont, she was bowled over.

“I was thrilled and so honored with the appointment by the President,” Wilton said. “I had expressed an interest in working in agriculture in the administration and I learned that the agency thought that, with my credentials in both agriculture and finances, I’d make a good fit.”

“But just let me say that there’s nothing political about this position other than my appointment,” she added.

As Vermont’s new FSA state director, Wilton is helping implement U.S. Department of Agriculture policies in planning, organizing and administering FSA programs within Vermont. She also is responsible for running the day-to-day activities of the state FSA office in Williston.

When Wilton started her job, Nov. 27, she began interacting with Vermont farmers on multiple levels immediately.

“The FSA has many programs under its roof that help our farmers,” she said. “It’s also kind of like a SBA (Small Business Administration) for farmers making loan guarantees for farms.

“It’s kind of like this: A business owner can go to a bank to get a loan, but the bank goes out to get the SBA guarantee to cover any default of the loan so that it can make the loan in the first place.”

In addition to helping farmers with loans, the agency also provides funding for environmental sustainability, including things such as phosphorus runoff in lakes and streams. She’s also there to help with all sorts of technical assistance, valuable disaster relief and farm subsidies.

The FSA in Vermont is comprised of nine regions across the state, each with its own council of people from the agriculture industry. The structure gives farmers a voice regarding the issues taking place in their local areas.

Wilton’s job isn’t strictly deskbound. While she works primarily in the FSA office in Williston, she also is finding herself on the road, in addition to commuting from Rutland for the interim.

“My role is a lot like my Rutland City treasurer role,” she noted. “I am making sure all the pots on the stove are cooking right along. And since I am the agency’s overall manager, I am also the face and voice of the agency. That’s why I will be very busy out in the field meeting with our nine district offices as well as helping where I can.”

Unlike other government agencies, the FSA brings together farmers and others from across the industry. This gives a uniquely human side to the work, according to Wilton.

“Agencies like ours, where the majority workers here in the agency are either farmers themselves or come from a farming background, (the people) are tied very closely to agriculture and their hearts and souls are really in it,” she said. “That’s gratifying to me and that’s what makes what we do unique.”

Although she is only a couple weeks into her job, Wilton doesn’t seem to miss the rough and tumble world of Rutland City politics. In fact, her political activity is kept in check by the Hatch Act of 1939. That federal law prohibits employees of the executive branch — except the president, vice president and a few other officials — from engaging in certain types of political activity.

“With this position I have to pay attention to the Hatch Act, so I can’t be politically involved. But that’s ok. There are other people who can take on the GOP mantle in Vermont,” she said.

According to USDA Secretary Perdue, FSA is tasked with farm conservation and regulation laws. The USDA agency’s current acting administrator is Chris Beyerhelm, while each state is led by a Presidential-appointed state executive director.

“State directors help ensure that USDA is offering the best customer service to our farmers, ranchers, foresters, and agricultural producers across the country,” Perdue said when he announced Trump’s appointment of Wilton to head the agency’s Vermont office.