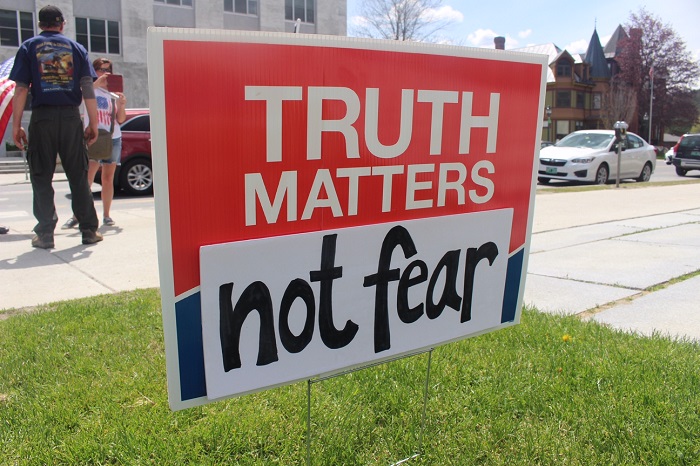 On Monday morning Republican Gov. Phil Scott announced he is lifting all state-issued lockdown policies regarding masks, social distancing, travel requirements and other restrictions, and many observers on YouTube blasted him for exercising dictatorial power over their lives for 15 months.

“Never did I think I’d be the governor ordering businesses to close, sending kids home from school, or telling people to stay home to stay safe,” Scott said, as he announced the state of emergency is over.

As Scott spoke, viewers on YouTube began commenting on the announcement, and the section quickly filled with taunts against the governor.

“​Imagine waiting for elected officials to tell you what you’re allowed to do. … ​Keep regurgitating media narratives like a good little mockingbird,” wrote commenter Matt Stone.

Some other comments include one from Bert Brown, who wrote, “​let’s see what we are allowed to do now.”

YouTube comments is one of the last platforms for the public to share direct feedback to news and events. Over the past year, a handful of major media outlets, including VPR, VTDigger and others, ended their comments sections.

Upon making his announcement, Scott noted that the high vaccination rate in Vermont was the key event that enabled him to lift restrictions.

“Now that we hit 80 percent, effective immediately I’m removing all remaining state pandemic restrictions and the state of emergency will formally end at midnight June 15,” he said.

The governor’s discussion of vaccines provoked more response in the comments.

“​Keep your genetic therapy “Vaccine” and shove it where the sun doesn’t shine,” Erika Lagunas wrote.

While restrictions have ended, some policies, such as masks and distancing for schools next year are still under consideration. Also, private establishments are free to enforce mask or distancing requirements, and may even require “vaccine passports” to access certain services.

To date, 256 Vermonters have died while having been diagnosed with the coronavirus. Of that total, just 20 people under the age of 60 have died. The vast majority of associated deaths were over age 70 and involved multiple comorbidities.

Meanwhile, the number of small businesses in the United States has dropped by almost 40% during the lockdowns.

The state of emergency has been ongoing while more than $5 billion in federal funds have entered the state in the name of fighting COVID-19. Scott mentioned that some federal revenue will require a new executive order.

The YouTube comments continued, and mostly were critical of the governor.

“You clowns banned the only media asking hard questions,” he wrote.

Multiple media members congratulated the governor on the state’s vaccination status throughout the conference.

Some comments were in defense of the governor.

Stephanie Daugherty wrote, “There’s a reason it’s ‘life, liberty, and the pursuit of happiness,’ specifically in that order. When our rights to one of those things precludes the right of others to the same, then life has priority.”

The press conference along with public comments can be viewed here. Comments begin to show as the conference gets underway.