WINDSOR, Vt. — At least one Selectboard member in town has stated that she will use her seat to push the Black Lives Matter agenda.

In the “Birthplace of Vermont,” where the state constitution was adopted in 1777, the Windsor Selectboard has already taken up a handful of social justice causes that signal a break from the past: ditching the Pledge of Allegiance, renaming a street that’s currently named after a slave owner, and reforming police services.

It’s all part of the Black Lives Matter agenda, which increasingly has the attention of board members.

On Sunday, Selectboard member Amanda Smith attended a local Black Lives Matter meeting on Zoom with several participants. During the meeting, she was offered to be vice president, but declined.

“My only concern that I’ve been thinking about is my role on the Selectboard, where I don’t want there to be any conflict of interest for me to be able to vote for the changes that people want to enact,” she said. “I don’t want my role in this group to be a reason I can’t vote for projects, because what they’d say is I’m voting for my own projects.” 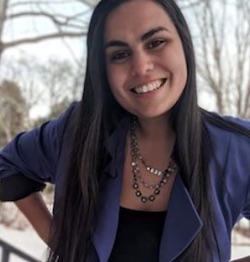 Smith, who is serving a two-year term and comes up for reelection in 2022, added she would still like to be involved in the local BLM group in some capacity.

“I want to have a role — I want to be smart about that as well and make sure that I’m supporting this cause the best that I can and what that looks like,” she said.

The group voted not to go forward with nominations of its various leadership positions until a future date. Electing official leadership helps the group to obtain 501(c)3 status with the federal government.

For the fundraising, community advocacy, and project management portions of the meeting, the group went into executive session.

A special Select Board meeting will be held Tuesday to discuss the three top items: whether or not to recite the Pledge of Allegiance before Selectboard meetings, police policies including body cameras and chokeholds, and renaming Jacob Street.

Former Selectboard member Clayton Paronto has been one of the most outspoken critics on these initiatives. On his Facebook page he lambasted the board’s agenda.

“Progressive Democrats are now calling for removal of Pledge of Allegiance and Limits to our Police Force,” he wrote. “Remind Amanda Smith, Christopher Goulet, and James Reed, THIS IS NOT REPRESENTING OUR COMMUNITY VALUES.

“Call to action contact your Board and remind them God, Country, and public safety are important parts of our community. Follow the Link and Participate in our town “special meeting”. Finally share this Post so our community understands whats going on.”

Paronto also posted about the renaming of Jacob Street.

“I hope we have an understanding of the person you want to sanction\eliminate from our history,” he wrote. “Did he purchase and own a slave, yes. Should he have, no. Do you even know her name? Was she allowed to leave her servitude to the Jacobs family without reprisals? Have you asked the family’s on Jacob Street whether they want the street renamed?”

He added that he is “truly indifferent” on the matter but would like to learn more.

On potential reductions to the police department, he said the police have “come a long way in the last decade” with regard to improvement.

“Christopher Goulet, James Reed and Amanda Smith, I get you are young and ready to change the world but remember change for the sake of change is not always beneficial.”

Black Lives Matter in Windsor has its own Facebook page. In one post concerning graffiti in town, the page says systematic oppression must be addressed.

“Black Lives Matter Windsor, VT, is not responsible for the graffiti that has appeared around town,” they wrote. “We do, however, understand that seeing and hearing about the murder and systematic oppression of black and brown people in our country can spur people to try to raise awareness in various ways. We must be sure our outrage over vandalism is not greater than our outrage over said murder and systematic oppression.”

Across the nation, the Black Lives Matter has largely come to the forefront of the Democrat Party platform.

“You see their leaders on TV saying ‘give us what we want, or we’ll burn down this system and replace it,'” Trump said. “That’s almost terrorism.”