If you are one who believes in the greatness and goodness of America it is time to come to the aid of your country. The past few years have seen the rise to power of a group of people whose main aim is to destroy the American way of life. They must be called out and defeated. Those who believe in a free society based on individual rights and equality of opportunity are in danger of being silenced forever. This attack on our country has not come from a foreign source: it is a case of self-abuse.

Too many Americans have allowed themselves to be defined as the enemy. This attack on our values starts with the majority party in Congress and includes our President. Their attacks are relentless as well as mindless. They lie shamelessly, they ignore the Constitution, they are re-writing American history to fit their false narrative, and they pursue an agenda that will end the society that has made our country the envy of the world. 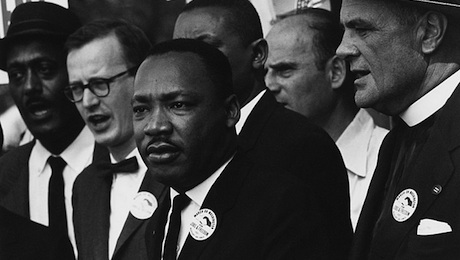 “Racism is not systemically institutionalized as the haters claim. They ignore the progress and tremendous changes that have taken place since the Civil Rights movement of the 1960s. They ignore as irrelevant the accomplishments of Dr. Martin Luther King, Jr., the freedom riders, CORE, even Malcolm X, which resulted in a sea-change in our society.”

It is hard to determine any rational basis for the set of beliefs that have emerged. To list their crimes against American values is no problem. In the face of a population that is 70% Caucasian in origin they argue that this majority are all racists and that only non-Caucasains should determine our future. They view every act of society as somehow part of a plot to oppress minorities. Their claim that America’s white population is an obsessively racist group is patently false. There are racists of all colors. They are not the majority of any group; they are a very small fringe of our population.

Racism is not systemically institutionalized as the haters claim. They ignore the progress and tremendous changes that have taken place since the Civil Rights movement of the 1960s. They ignore as irrelevant the accomplishments of Dr. Martin Luther King, Jr., the freedom riders, CORE, even Malcolm X, which resulted in a sea-change in our society. The work of Robert Kennedy’s Justice Department is forgotten. Who would have predicted in 1968 that Mississippi, the scene of perhaps the worst single atrocity against voting rights activists, would by 2010 have more black voters registered than white voters?

The Black Lives Matter movement is a study in self-delusion. All lives matter. When they claim that all violence stems from white racism they ignore the black-on-black violence that is routine in Chicago and several other cities with a large black population. Every study of violent crime indicates that interracial violence is uncommon.

The 1619 Project is more fiction than fact, yet it is widely adopted as curriculum in urban schools. The “Hamilton” musical made some valid points, but it is not the case that Hamilton did much to oppose slavery. His wife’s family, with whom he resided, kept slaves. He had no compunction about being served by slaves, even if he did not own them himself.

In their attempt to keep power permanently, the ruling party wants to write a whole agenda of bad laws. Their move to make the District of Columbia a state requires a constitutional amendment, but they have started to legislate it. They want to put term limits on Supreme Court justices. This also requires a constitutional amendment to accomplish. They want to make Puerto Rico a
state, but it is an open question whether or not Puerto Rico wants to be a state. Every time they have had a referendum on this they chose to remain a “commonwealth.” The islands people are full American citizens, but they are exempt from many of the obligations of citizens of states.

Another power push is to re-write the voting laws to make them universal in the U.S. This also probably needs an amendment to achieve. Their aim seems to be to make voting a farce. No I.D. requirement, no pre-registration, and lower the voting age to 16 — who are they kidding?

Rational people have to push back hard. Find out what your student is being taught. Write letters to any one in government. Don’t let any one call you a racist because of your color. In discussions make the case for America. Demand that the local and state governments abandon the “Zoom” hoax and meet in person in public. Keep the pressure on as much as you can. Silence is defeat.

2 thoughts on “Weiland Ross: It is time to speak out”